I visited the new Seoul city hall a few weeks ago to check out an exhibit in the new building. A model of both the old and new city hall buildings is on display, and looking at the outside of the new one, I'm reminded that I once described the design as 'atrocious.' 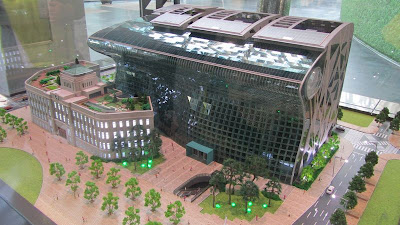 It's still not much to look at on the outside, but the inside is certainly interesting. There's a coffee shop on the 9th floor (if I remember correctly) which provides a pretty good view of Seoul Plaza. The more compelling reason to visit is to take in the spectacle of the building itself. The outer latticework creates a open space inside which is full of terraces, platforms, plants and a sculpture made of what looks like balloons (but is clearly something more solid) which is lit from within. My friend made a comment about how we seemed to be visiting the future. 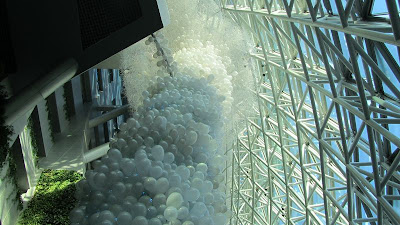 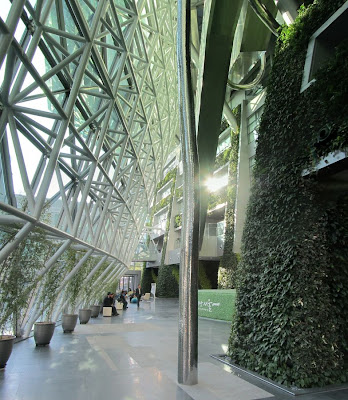 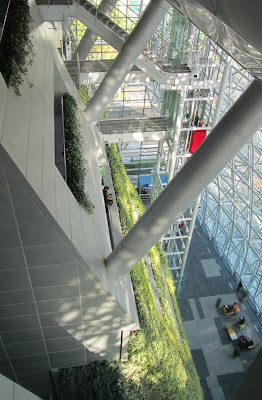 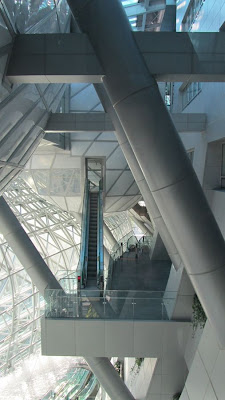 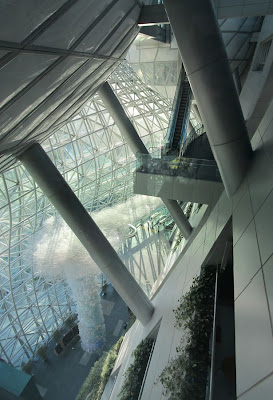 Oddly enough, the reason we visited was to check out an exhibition of drawings by a manhwa artist of scenes of Seoul from the 1930s to the 1960s based on stills from contemporary films (many of which I've seen). 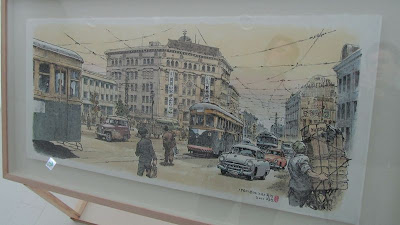 (A scene of streetcars on Jongno in front of the Korean-owned Hwashin Department Store,
built in 1931, demolished in 1987, and now the site of Jongno Tower)

On October 26 the old city hall building was opened as a library, but I haven't had a chance to visit it yet. This article has some information about the library as well as a photo of its interior, but seeing as everything but the facade of the building and the tower was demolished (see here), there won't be much on the historical architectural side to see (such as at the refurbished Sinsegye Department Store). Still, I imagine I'll visit it at some point to see what's been done with it.
Posted by matt at 9:57 PM