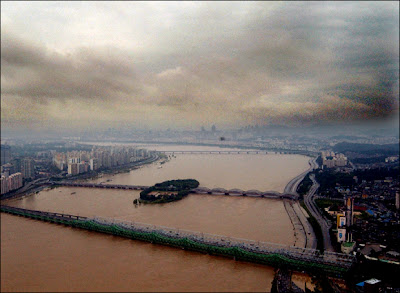 A year ago this week, many of the areas next to the Han River were submerged (as can be seen here), though it may be worth remembering that 72 years ago this week, much of Yongsan was underwater, along with parts of Noryangjin, Yeongdeungpo (and likely all of Yeouido, I would guess), Ttukseom, Jamsil-do, and other areas next to ( and islands in) the river. This was due to the constant rain that had fallen between July 15 and July 18, 1925, and according to this, it killed "over 600 people [and] damag[ed] a good 17,000 houses". Beyond Seoul, it seems several villages were destroyed and crops were ruined, or so a glance at the snippets of US newspaper articles from the time available via Google tell us, such as the Chicago Daily Tribune, on Jul 19, 1925 :

Hundreds of Coreans have perished and thousands more are threatend with starvation as the result of floods at Seoul following torrential rains which started Thursday and continued intermittently for two days, according to a radio message from there tonight.

Above is a photo of the Han River Railway Bridge and the Indogyo Bridge (like almost all of these photos, its from Seoul Through Pictures 2: Seoul under Japanese Aggression(1910~1945)). The railway bridge didn't fare so well in the flood: 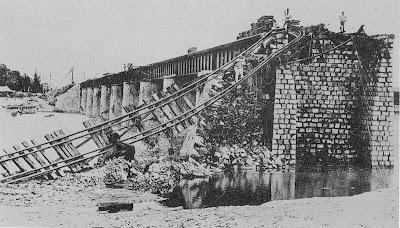 Yongsan didn't fare well in the flood either: 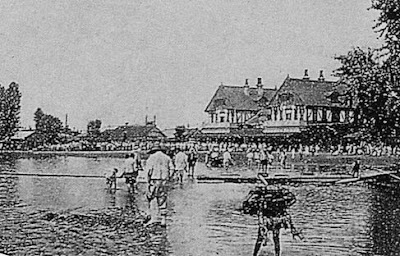 The Tudor-looking building above is Yongsan Station. Here's a clearer view of it: 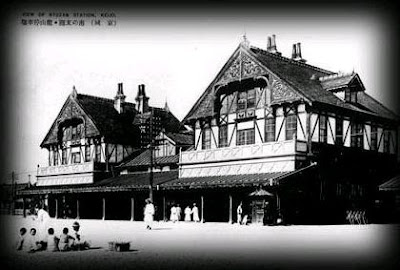 The location of the station can be seen on the map below, from around 1920: 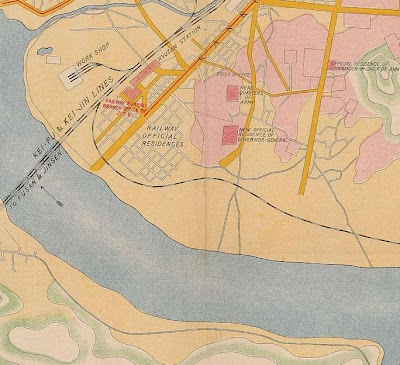 Notice the location of the 'Railway Official Residences' above. Perhaps that's what we see in the photos below, which were all taken in Yongsan: 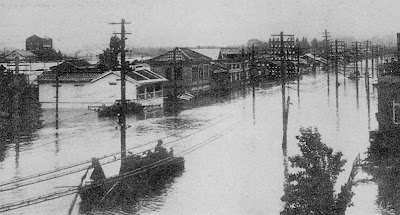 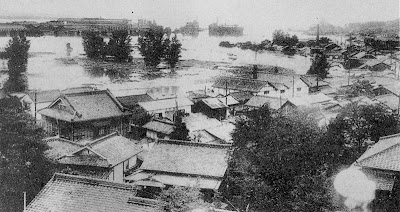 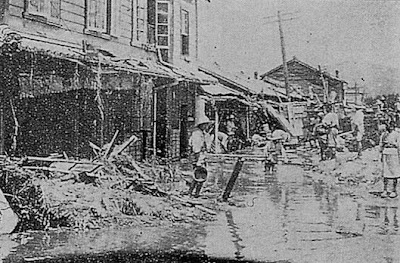 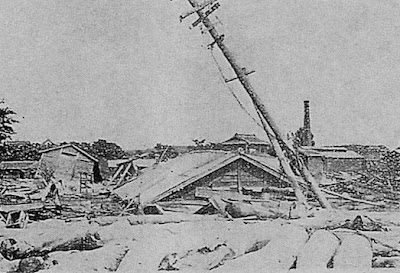 Neither did Yeongdeungpo (which leads me to conclude Yeouido - which flooded so often that it was considered useless, reflecting it's name "You can have it" - also was submerged): 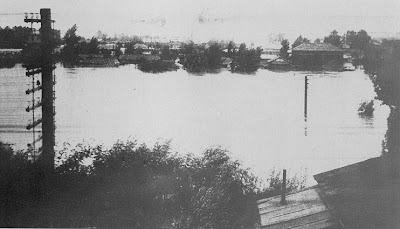 Here's a shot of Songpa after the flood receded (I'm not certain if Songpa would have been on Jamsil-do or not): 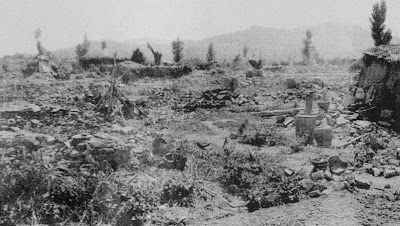 In the area not so far from Songpa, one of the positive effects of the flood can be found - the flood unearthed the prehistoric dwelling site in Amsa-dong. According to this (again), one of Korea's earliest documetaries was about the flood:

Films have always been in love with the [Han River], right from the industry's beginning: in 1925, one of the industry's first pioneers Lee Pil-Woo directed, edited and was DP for 한강 대홍수 (The Great Flooding of the Han River), a documentary about the 1925 Han River flood.

In the aftermath of the flood, the Japanese colonial administration set to work building retaining walls and better drainage systems in order to prevent such a disaster from occurring again (though it often took many years of improvements for them to accomplish this task - even today floods break through the walls, like they did in the Dangsan area of Seoul last summer). One interesting thing I found was that irrigation improvements and retaining walls were needed in order to make the plains in present-day Yangcheon-gu (especially the Mok-dong area) a viable rice-growing area. It was the fact that rice grew there that left Mok-dong undeveloped until the 1980s (while Hwagok and Sinjeong had been developed in the 1960s and 1970s), making it one of the more upscale areas in Seoul. Funny how the history of the city played out that way.
Posted by matt at 9:32 PM

I'll always remember the flooding of 2006 - such as it was - because my wife and I got married during those rains - blessed be those (indoor) wedding halls.

Getting a cab across the Han, on the other hand, was a no-go there for a few days.

Great posting...I am surprised I missed this one. Definitely need to visit your site a lot more. With respect