Today is the 44th anniversary of the arrival of Vietnamese refugees in Busan at the end of the Vietnam War. Last July I wrote an article about their arrival and their stay at a refugee camp in Busan for the Korea Times. The article was accompanied by a post here and greatly expanded on and published at Sino-NK last December.

As I've gone through magazines from 1975, I've come across more photos and information about the refugees. I've also been contacted by a number of refugees who have been happy to share their stories and photos with me. Below are a some of the photos I've come across in the media.

These are from the Korean government history site, www.ehistory.go.kr: 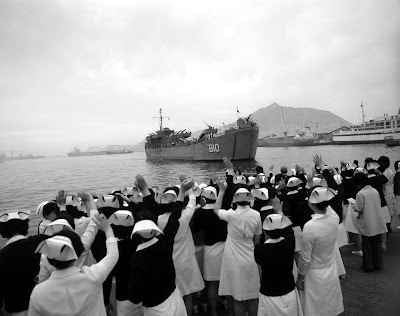 One of the LSTs arrives in Busan May 13. From here. 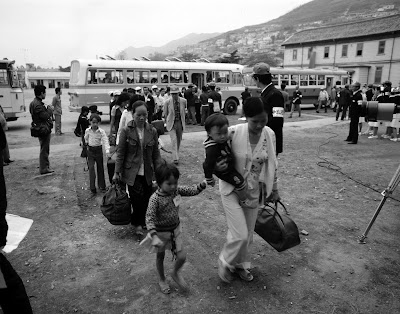 Refugees from the Twin Dragon, a cargo ship which picked up refugees and arrived in Busan May 23, arriving at the Refugee camp in Busan. From here.

As well, a video of the camp and the Twin Dragon's arrival can be seen here. 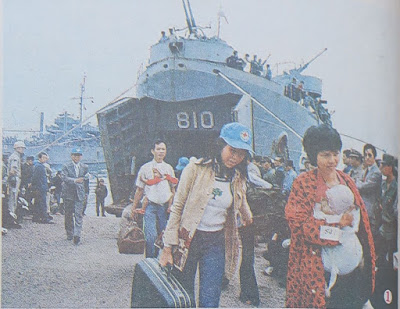 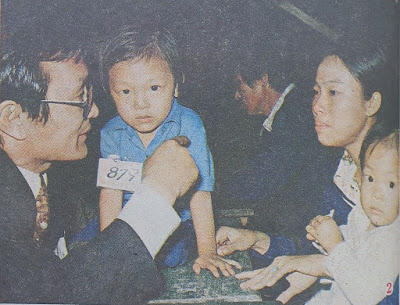 A Korean husband and Vietnamese wife reunite at the camp. 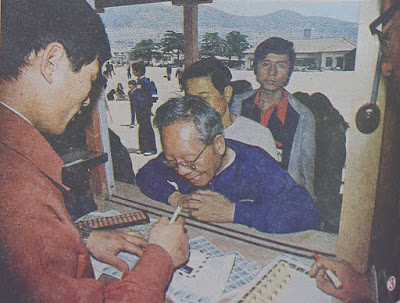 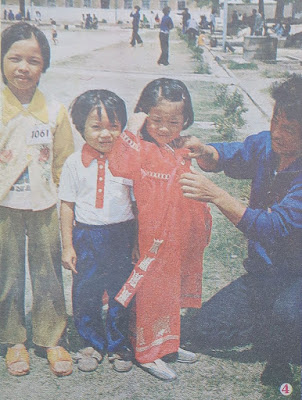 A Korean-Vietnamese child tries on a hanbok. 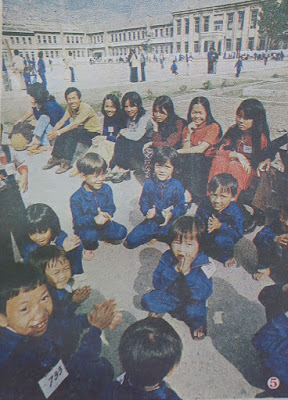 Children playing. I sent this to a woman who contacted me and she told me she is in the photo, and that refugees from her LST wore blue track suits; those from the other LST wore red. 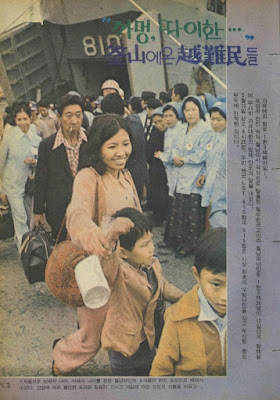 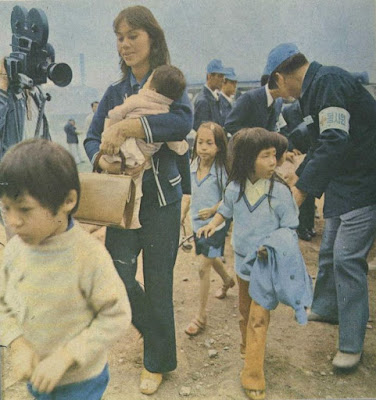 At right, children aboard a bus taking them to the camp. 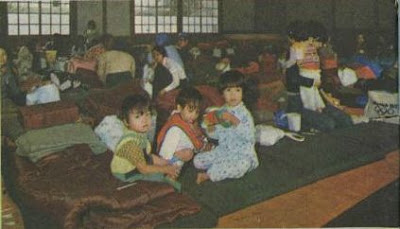 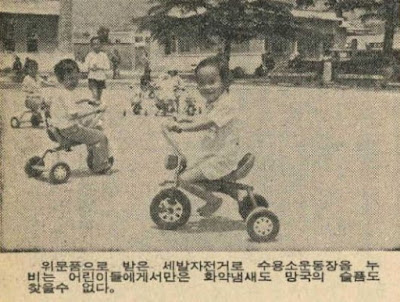 Children so happy while riding on tricycles that "the smell of gunpowder and the sadness of losing their country cannot be found." 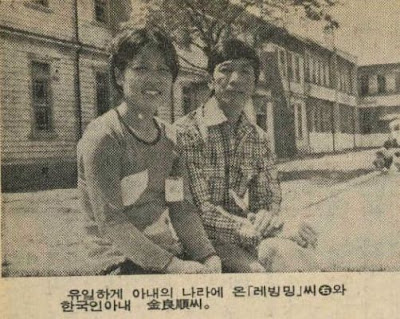 The caption says this is the only Vietnamese man, Korean woman couple.

I'm sure more photos will turn up, and hopefully before too long I can share some of the refugees' stories.