Gas explosions past and present 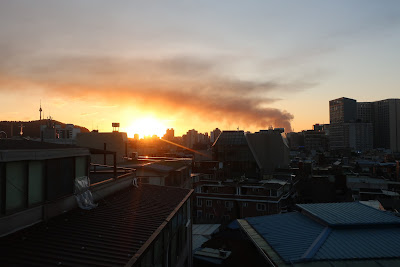 The gas storage tank fire in Goyang a week or so ago (caused by an errant sky lantern) was reminiscent of the LPG gas station fire in Bucheon on September 11, 1998. I'd seen an article about it in the Korea Times while do research years ago, but unlike the more recent fire, a KBS helicopter news crew captured several of the explosions (at 4:47 and 7:06). One person was killed and 96 others were injured, 11 seriously.

This explosion came a few years after a series of tragedies, including a gas explosion in Daegu, collectively killed over 600 people in 1994 and 1995.
Posted by matt at 10:46 PM