Quite some time ago I posted about photos taken by Jack London of Korea in 1904 during his time covering the Russo-Japanese War, which were published in the book 'Jack London, Photographer' (that link also has links to my unfinished series about Jack London, Robert Dunn, and Frederick McKenzie's adventures while trying to cover the war as the only foreign correspondents who initially managed to slip past Japanese attempts to control information).

I was contacted last year by someone cataloging his photos at the Huntington Library, who mentioned that, in addition to his own photography, London had bought a large number of photos while in Korea, and that these would all be online by the end of the year. This only came to mind recently, and they can now be found here. It's easy enough to browse and download photos, but they're not as well organized as they could be. The photos are scans of photos pasted into photo albums, but the search I linked to lists hits for random photos, not entire photo albums. At any rate, they do have annotations making clear whether the photo was taken by London or purchased, unlike the photos listed at this Korean blog (at the bottom of each post are links to other parts in the 8-part blog series). It seems most of the photos there London purchased; at any rate, they are at least very easy to browse. Here are a few from the Huntington Library site: 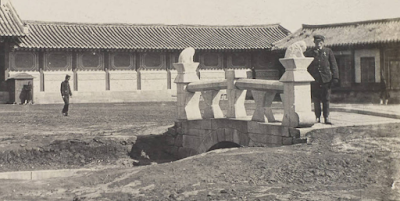 London in what is incorrectly listed as Changgyeonggung Palace. This is actually Punggyeonggung (풍경궁), a new main palace Emperor Gojong was building as he turned Pyongyang into his 'western capital'; as it turns out, London's photos are the most detailed photos of this palace under construction. 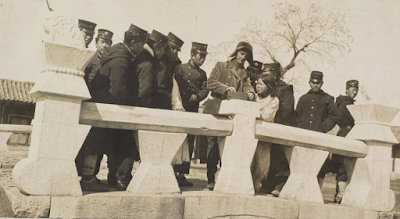 Robert Dunn in the same location. 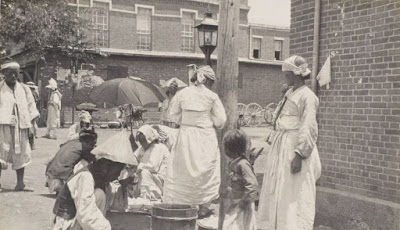 I believe this was in Incheon. 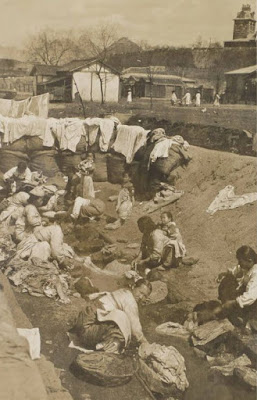 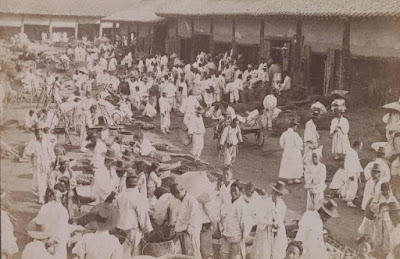 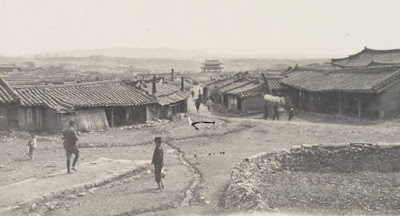 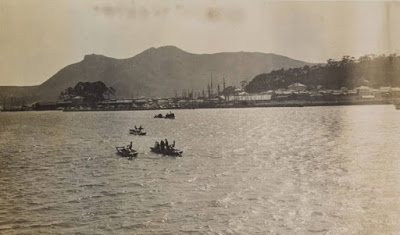 Apparently the last photo London took as he left Busan to return home.

There are lots of gems in the collection, so it's well worth checking out. (It also includes photos of the urban poor in London, the San Francisco earthquake, south Pacific islands, etc.)