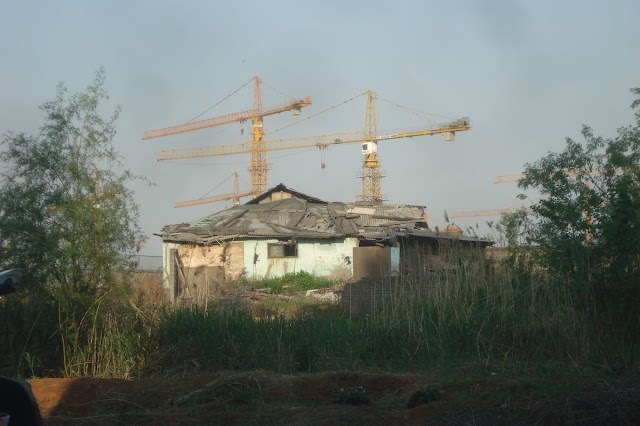 It was back in 2008 that I first posted about the destruction of Gindeung Maeul, a neighborhood south of where I lived in Banghwa-dong. The house above was one of the holdouts during both the first phase of demolition in 2008 and the second phase in 2010. It was finally demolished in 2012, but it wasn't until early 2014 - after 5 years of lying empty - that construction of apartments in Gindeung Maeul finally began. Here are my posts about the area from 2008 and 2010:

More of Gindeung Maeul being destroyed
It was initially torn down to make way for part of the Banghwa New Town. It can be seen jutting out on the right below: 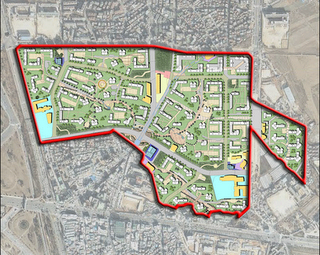 This new town plan, however - like most of them - never was carried out. Here's what the area looked like from above in early 2006, with the first phase, meant to be a part of the Banghwa New Town and carried out in 2008, marked in yellow; the area marked in red was the second phase, carried out in 2010, and intended to make way for a much larger project. 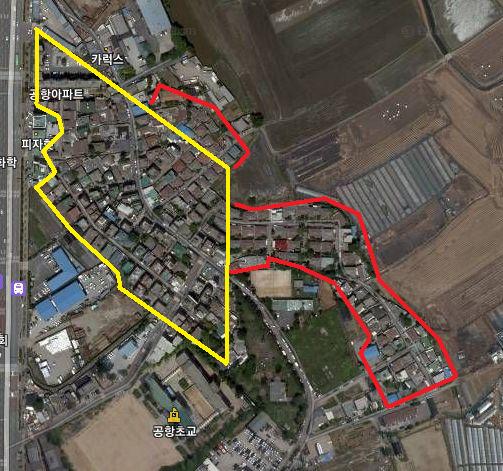 The area after the first phase of demolition: 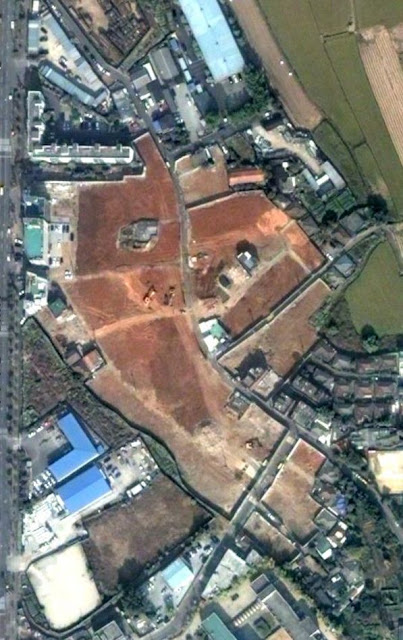 The second phase of demolition was to make way for the Magok development, about 3 square kilometers including a lake park (since converted to "Seoul Botanic Gardens"). I looked at the the completion of the the first phase of apartment building for the Magok development back in 2014. Below is a map of the planned apartments (most of those in the bottom left corner are not yet completed (mainly due to the need to move a school (since demolished) and because there's still a small military base there. As can be seen, the red shape marks the Gindeung redevelopment, 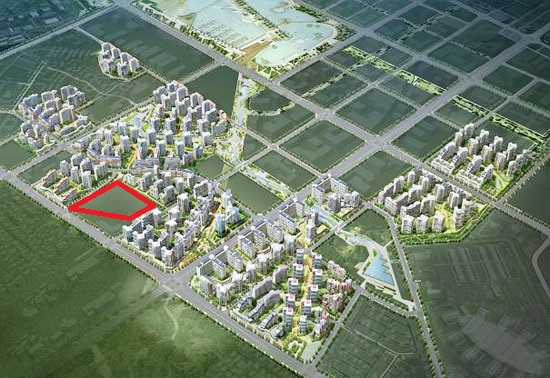 Here are panoramic shots of the changes to the neighbourhood between 2008 and 2015: 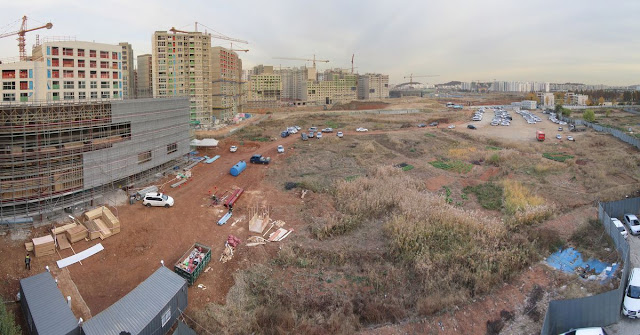 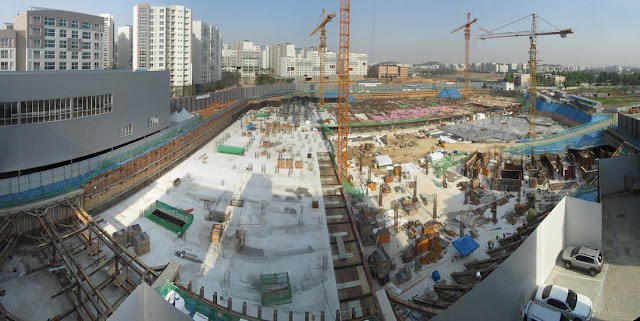 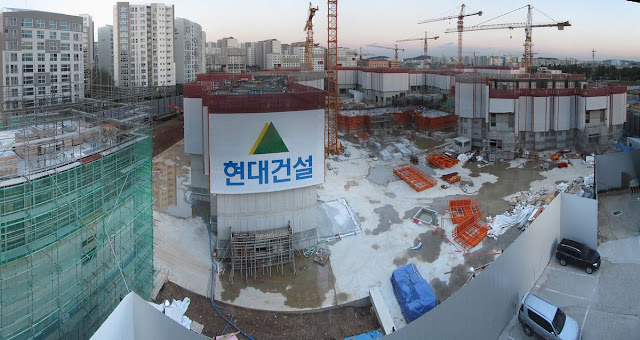 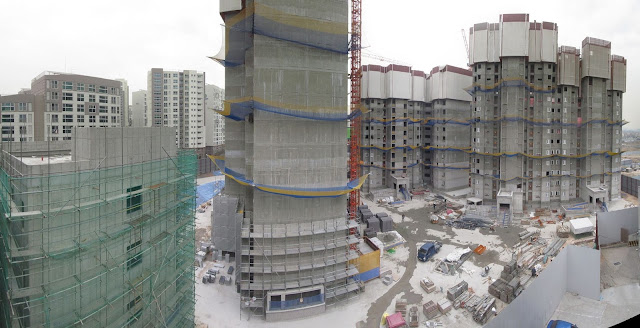 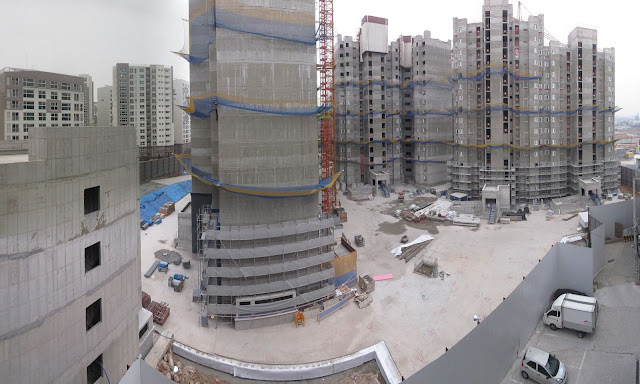 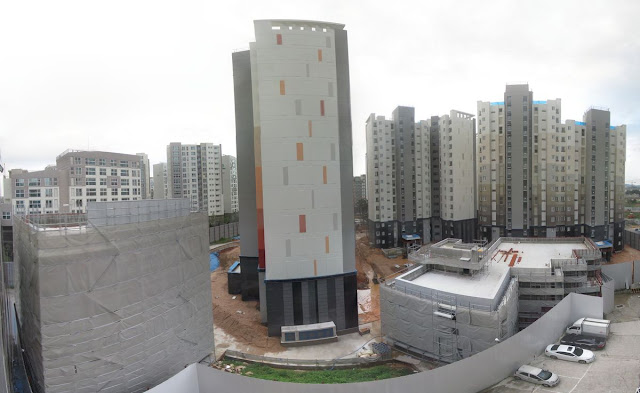 Here are the schematics and plans for the Magok Hillstate Apartments: 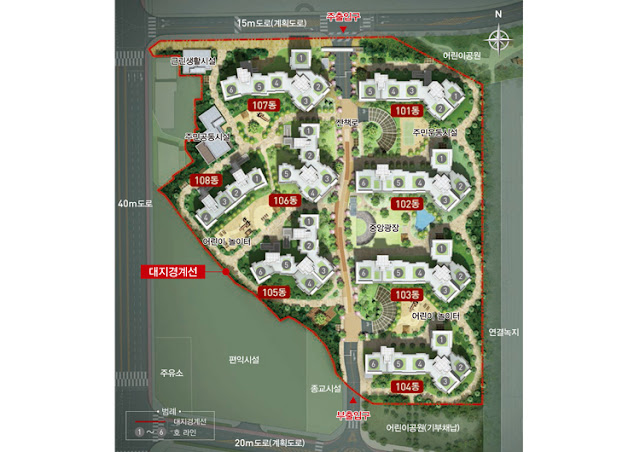 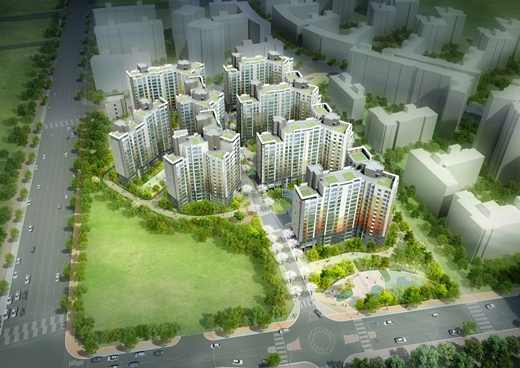 A view from the side:

Here are views from above of Gindeung Maeul and Magok in early 2008 and mid 2015: 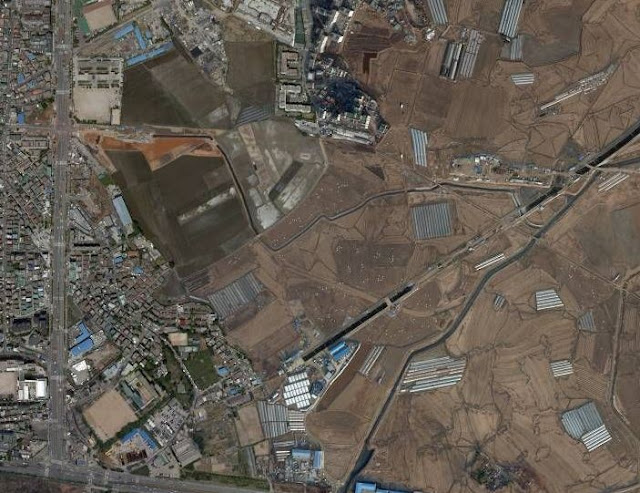 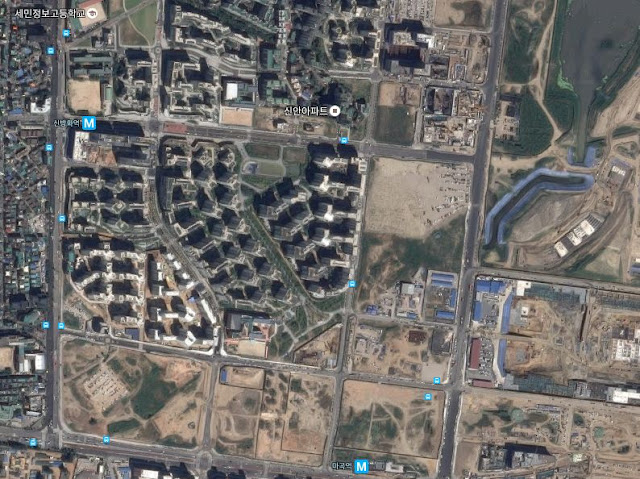 Needless to say, the area has changed quite a bit.
Posted by matt at 9:15 AM

These panoramic shots are fascinating. How were they taken?

This post shows that changes is not always as fast as we may think in Korea...

Glad you liked them. I found a building with a 6th floor overlooking the site that I could reach and then stitched the photos (often 10 or so, 5 upper, 5 lower) together with PTGui. A somewhat faster (and smaller-scale) redevelopment with more regular photos can be found here. Sometimes for political or financial reasons sites can sit empty for quite some time - some of them are described and photographed here.