According to a Yonhap report from late last night:

Controversy has arisen after it became known that a native-speaking teacher at a private elementary school in Seoul made students taste dishwashing detergent as a punishment during class.

According to authorities such as the Seoul Metropolitan Office of Education yesterday, on March 12 at a private elementary school in northern Seoul, 'A,' an English teacher from South Africa used corporal punishment on grade six students who broke the rule against using Korean in class.

'A' told the students to choose between tasting dishwashing detergent and bitter medicine as punishment, and some students chose the former, and some the latter.

Once parents found out about this, the school was inundated with complaints and the next day the school dismissed 'A'. On the 18th the school's homepage announced that the native speaking teacher had been changed and carried an apology by the principal.

An official from the Seoul Metropolitan Office of Education said, "Because a private elementary school takes it upon itself to hire a native speaking teacher, the responsibility for the teacher's management is also the school's." "If a problem arises, at the level of Office of Education Support, schools are being guided in order to strengthen the management of native speaking teachers and prevent a recurrence."

The story was actually broken as an exclusive early yesterday evening by KBS, who initially reported that the school was trying to keep things quiet and fired the teacher so as to put an end to the problem. They followed up with a TV news report which included the facts that the bitter tasting medicine was a medicine meant to prevent the biting of fingernails (?), and that there were five students who were punished; three chose the soap, and two chose the medicine. It also included a cartoon illustrating what happened: 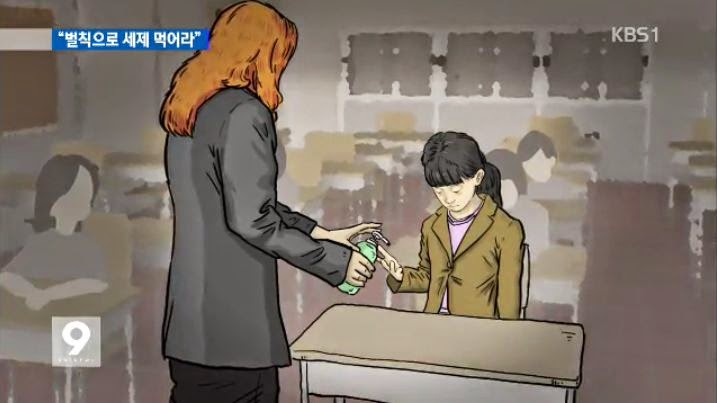 Since problem English teachers are almost invariably depicted to be male teachers, one assumes the teacher was indeed female. We're also shown a shot of her apology letter. 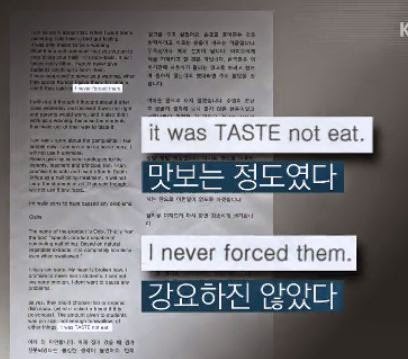 It would be interesting to read the entire thing; one wonders what was going through the teacher's head. It was certainly a bad decision (taste dish soap or fingernail-biting-prevention medicine?). I imagine "washing kids mouths out with soap" (which I assume was the intended effect?) would meet a similar reaction in North America. Perhaps - this being near the beginning of a new school year - the teacher was new to Korea. Anyone who has taught grade 6 students can understand how unruly they can be, though usually really bad behaviour would start later in the semester once the students have gotten to know each other.

As of last night, the two reports at KBS were the first and seventh-most viewed articles at KBS News' website. 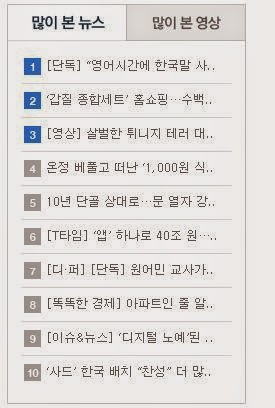 I've worked with a few South African NETs here in Saudi Arabia. Not to generalize, but at least the ones I've encountered so far were quite humorless and rather stern disciplinarians. One student was kicked out of class and reported to the principal for muttering an Arabic swear word under his breath. Turns out he was speaking to himself as he was having problems with his computer, but it seems it was the teacher's vanity that was offended as he immediately assumed the student was referring to him.

I once had my mouth literally washed out with soap by our private school's headmaster in the sixth grade. It didn't work, as I still shit talk with the worst of them.

"a TV news report which included the facts that the bitter tasting medicine was a medicine meant to prevent the biting of fingernails (?)"

It's stuff you paint on your nails. It tastes absolutely disgusting, so you get an unpleasant reminder when you stick your fingers in your mouth. Not a pharmaceutical, but I guess KFDA might call it a drug.