A walk over Ahyeon Overpass

I mentioned the other day that the Ahyeon Overpass is to be torn down, and that on Saturday it would be open to the public. News 1 reported on the event, and is the source of the photo below: 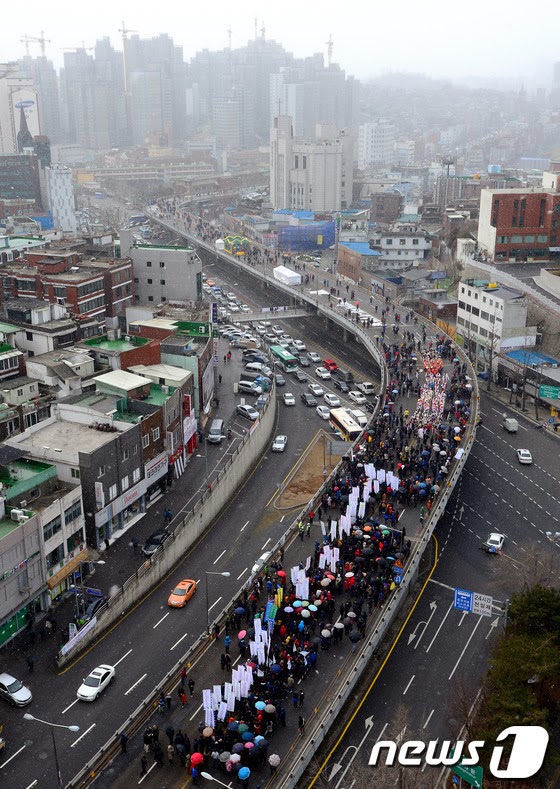 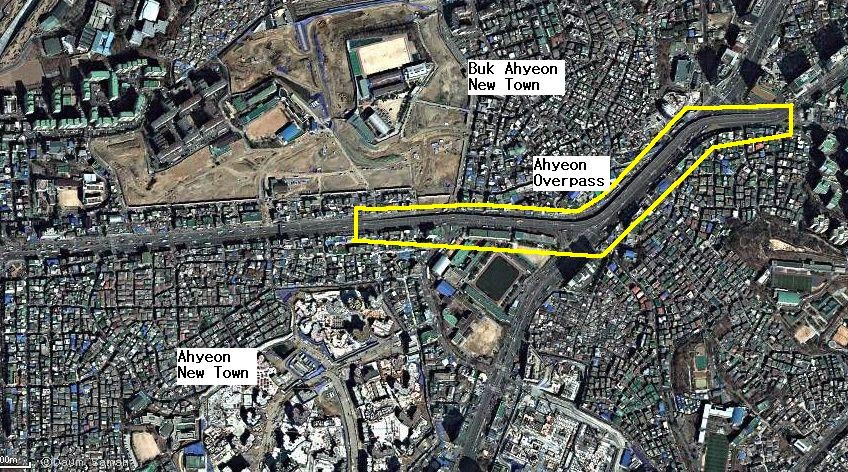 I also went for a walk with friends over the overpass that day; thanks to Ami for the photos. 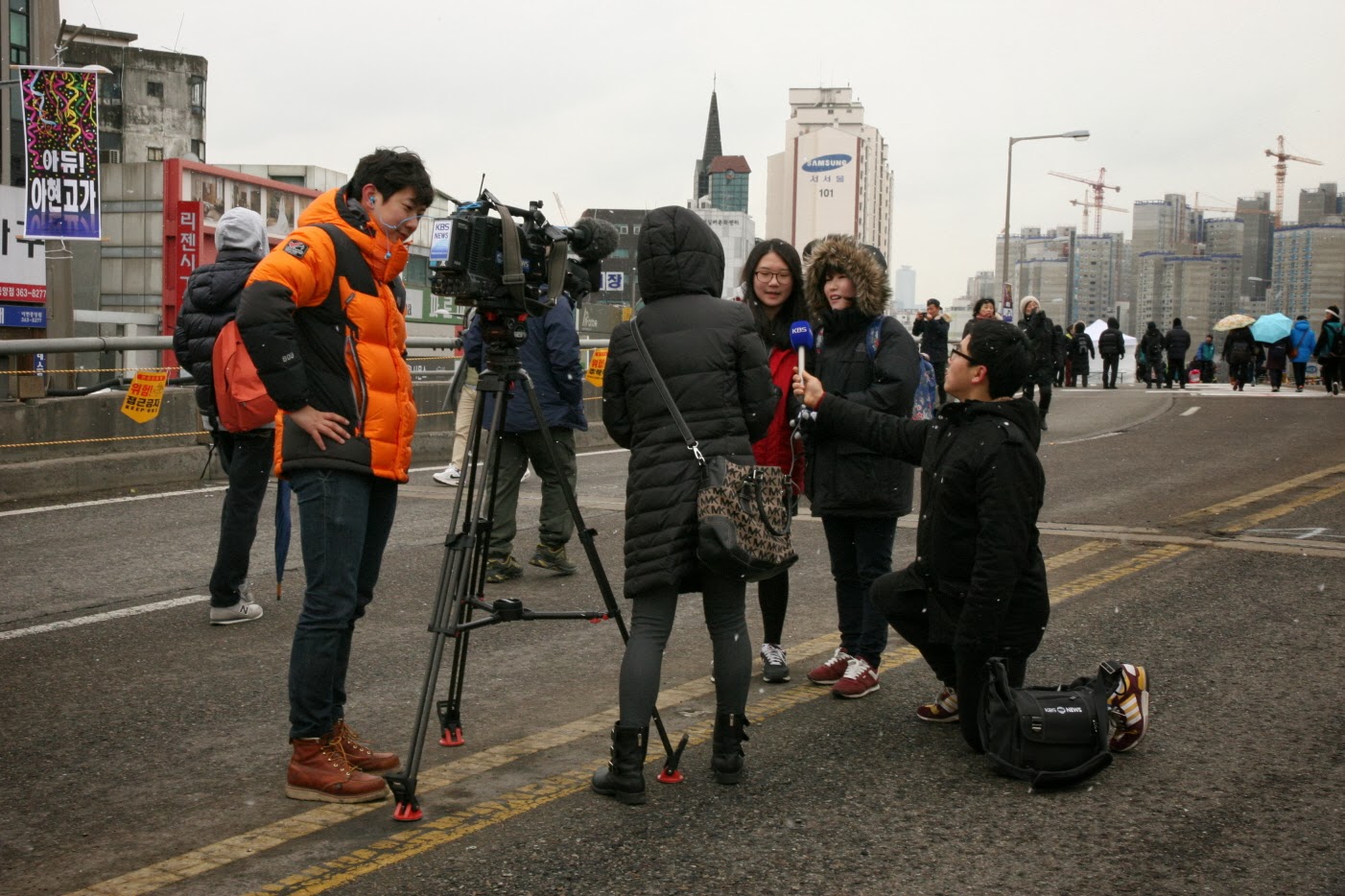 There were lots of news crews to be seen. 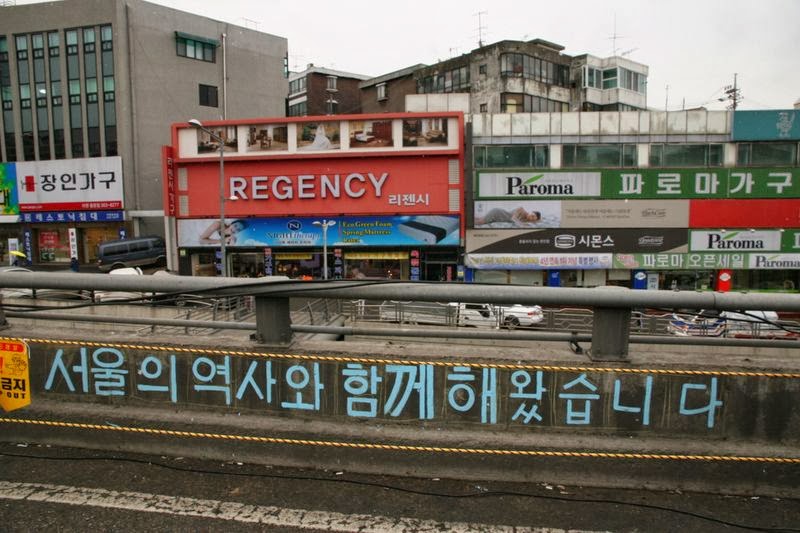 'You have accompanied Seoul's history." 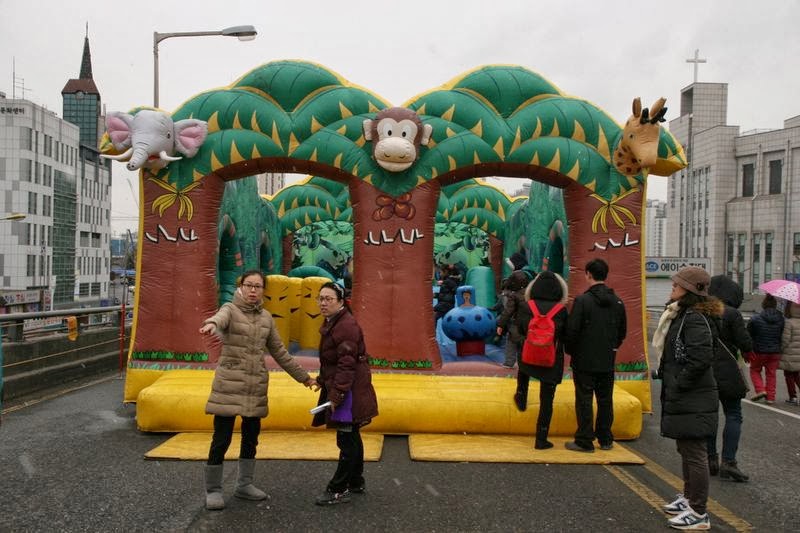 There was even a jungle gym for the kids... 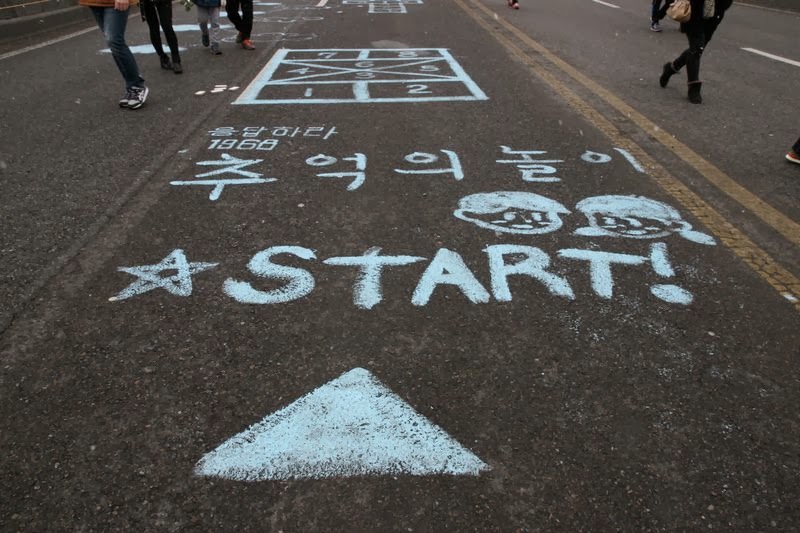 ...as well as hopscotch. 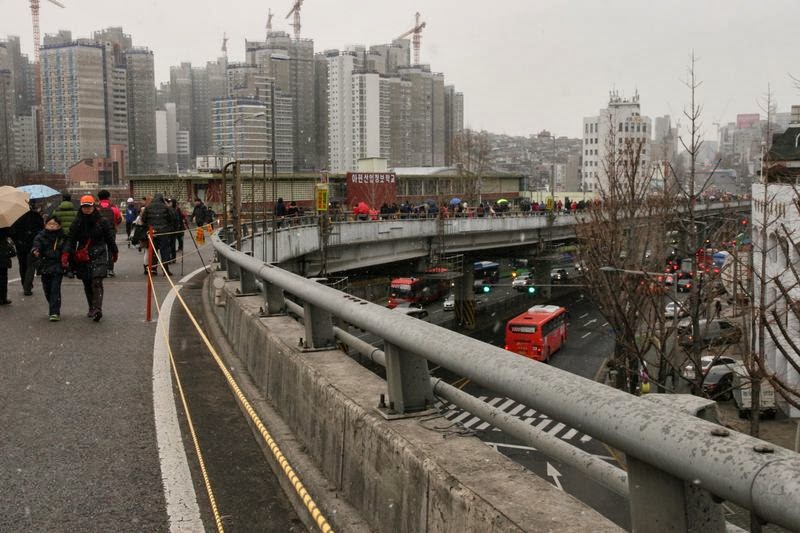 The apartments of the Ahyeon New Town can be seen in the distance. 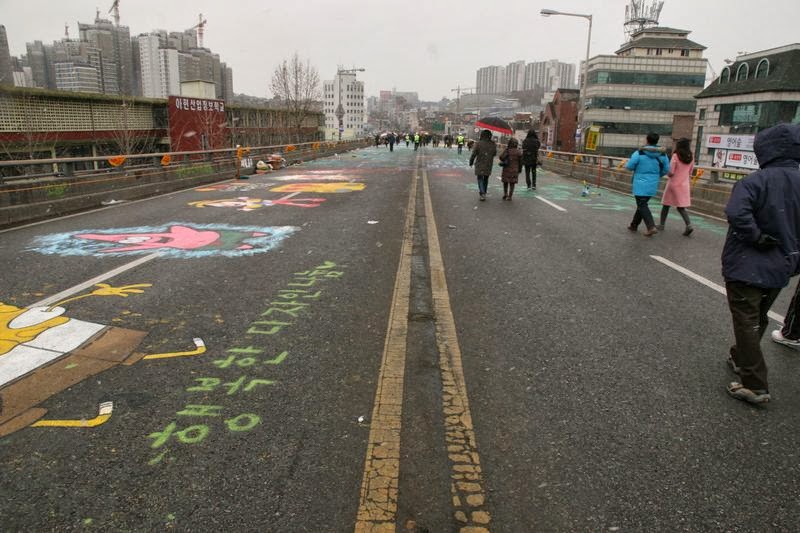 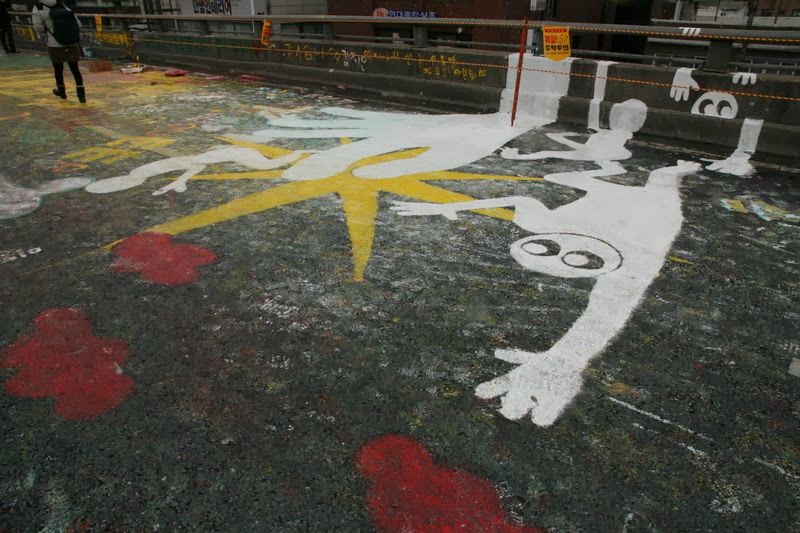 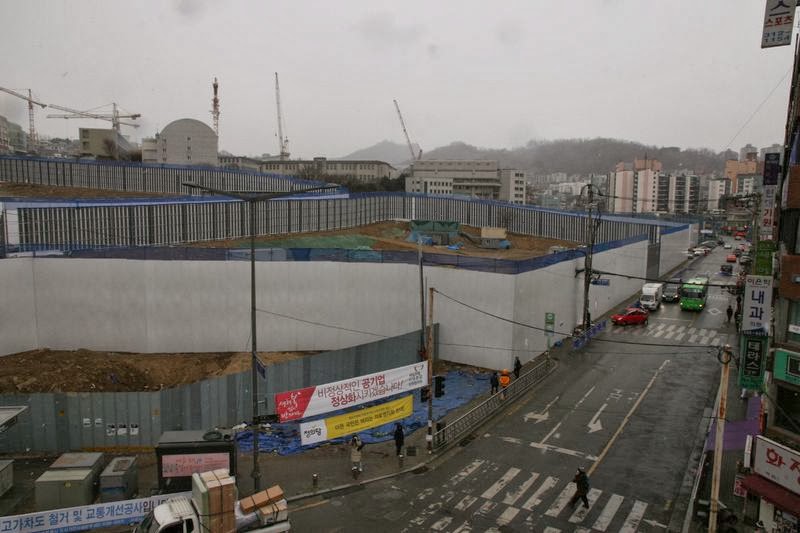 The area to the north has been demolished to make way for the Buk Ahyeon New Town. 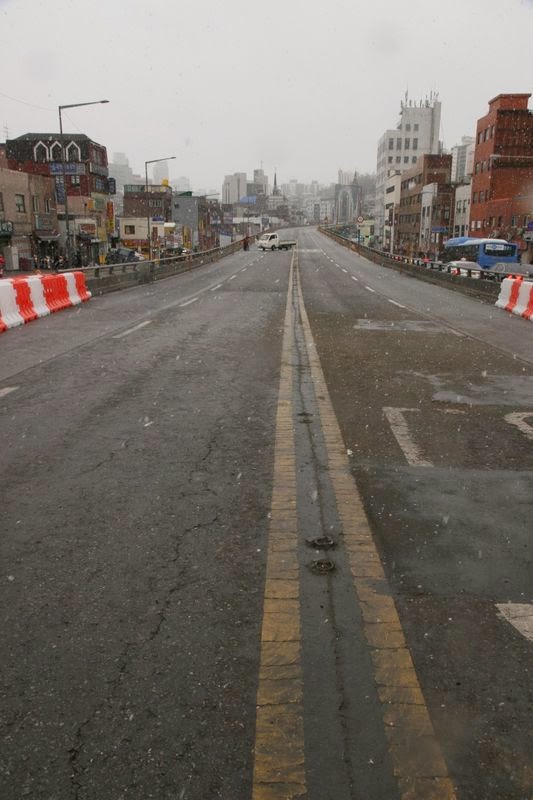 They'd just shooed everyone off the overpass at 4pm when this photo was taken from the Ahyeon Station end. 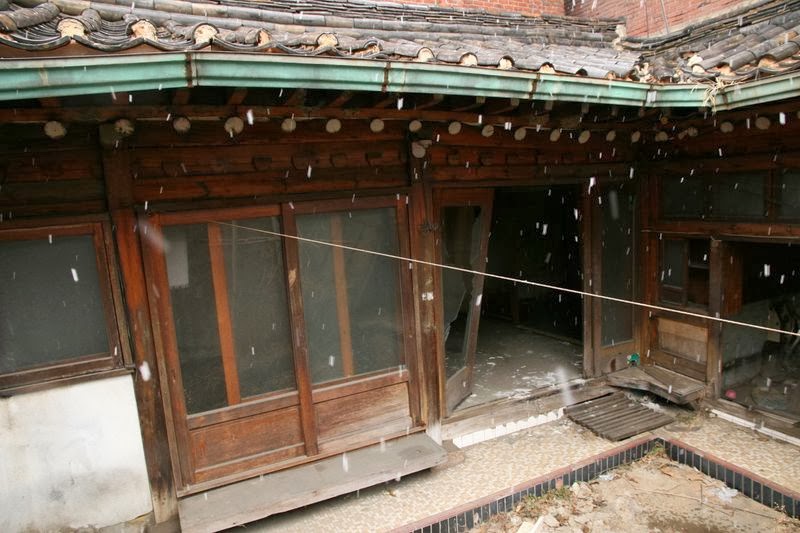 We explored the neighbourhood nearby and found this Hanok which was abandoned about 2-3 years ago (judging by an outstanding bill shoved into the door). 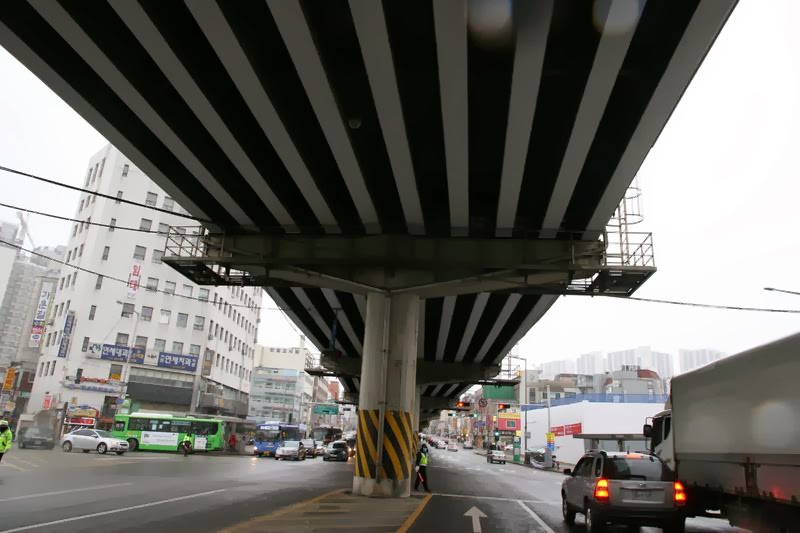 More shots of the overpass from below. 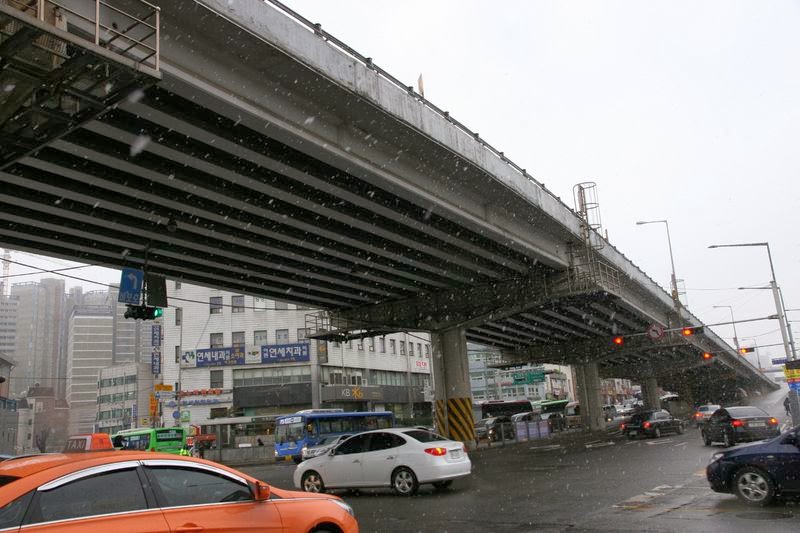 There's an astonishing contrast between the older areas around the overpass (including a market and red light district) and the New Town apartment complexes going up.
Posted by matt at 1:00 PM

I often used to walk alongside that overpass on my way home from my morning class in Euljiro. I too noted the discrepancy between the relatively affluent neighborhoods on either end of the overpass and the no-man's land of buildings from the 70s and 80s festooned with layers upon layers of signs from various failed businesses. Good riddance to these overpasses and here's to the US following suit.

The only thing I'll miss is the view from the overpass, but even that had lost much its charm with the new town projects...