Via Korea Beat, I came across a YTN report about a middle school in Mok-dong in Seoul where four male students allegedly molested a female student as a group and captured it on their phone(s) back in June, but the school didn't punish them.

Working in that area, I wondered if it could be a school that my former students attend. The YTN report showed these two blurred images: 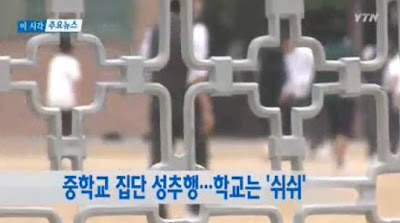 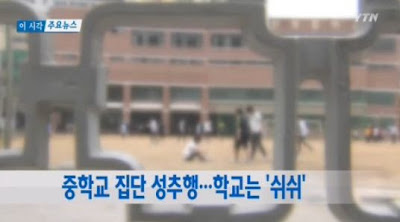 I realized that, even though it's blurred, we can see a clearly what the fence looks like and the layout of the building. Using Daum's road view, I checked the middle school almost all of my former students attend and saw that the fence was completely different. I decided to click over to the other nearby middle school that a handful of my former students attend and could zoom in on the gate to get this image. 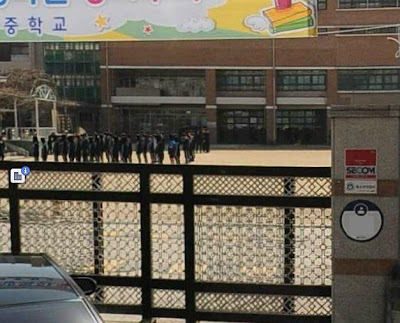 It's clearly the same school that we can see in the YTN report, which makes clear just how flimsy a 'protection of identity' such blurring is - especially when camera operator takes in the front of the school and the layout of the fence all at once. It seems clear they're letting people familiar with the school know that, yes, it's that school.

Hopefully the school does something about the situation.
Posted by matt at 10:58 PM

Also if they're really concerned about protecting the anonymity of the school why do they feel the need to include any images of the place at all.

It's like some of the other shows where they blur out shop names and brand logos on people's clothes yet you can still clearly distinguish the Adidas logo or the Abercrombie and Fitch writing.