The Baileys arrive in Honolulu

On the afternoon of July 13, 1973, the ship arrived in Honolulu. Maralyn Bailey described her time on the ship:


Our time on the ship had amongst these fun-loving people had been a time of suspension – a limbo between our life of solitude and the maelstrom of civilization which awaited us in Honolulu and beyond. It was a happy time, a time to renew human relationships, a time of recovery, of hope, of planning.

The Baileys on the Wolmi 306 in Honolulu (from here).

On July 15 the Korea Times published this article at the top of its front page: 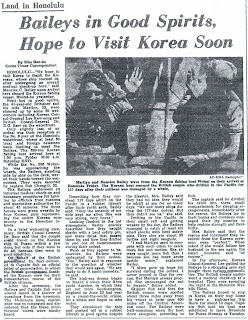 Here they are getting off the ship (as they met the Korean consul) (from here): 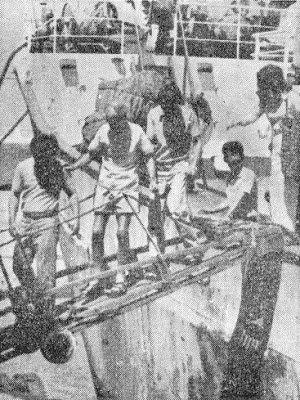 Being presented with leis by girls representing the Korean community (from here): 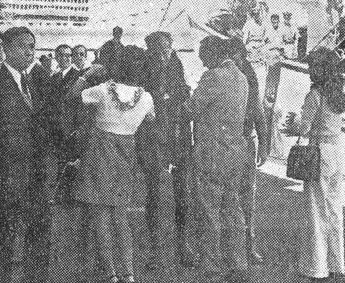 As Maurice Bailey described it, they


docked in Honolulu amidst a tumultuous reception with a typical Hawaiian welcome of lies and kisses. Newspapermen and television reporters crowded around us with their many questions unanswered due to the crush. Once more Captain Suh came to our rescue and we were ushered away and taken into the city by the Koreans who bought more clothes for us.

One wonders if this photo was taken during the 'crush': 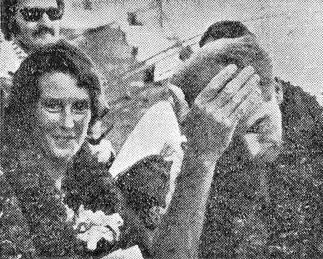 On July 17 the KT published this article, which stated that the Wolmi 306 would leave Honolulu July 19:

On the 19th it was reported that the Baileys would stay for a week in Korea. 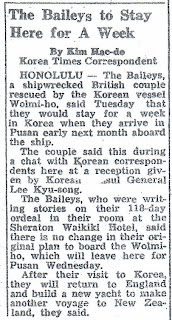 However the next day it was reported that they were not on board when the ship left Honolulu on July 18. 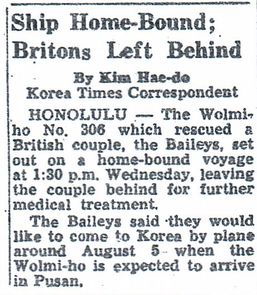 So would they make it to Korea after all? Stay tuned to find out...

“a typical Hawaiian welcome of lies and kisses”

Lies and kisses? That would be courtesy of the state tourism board and the local prostitution industry, respectively.