Yesterday I posted the story of how, on June 30, 1973, the Korean fishing vessel Wolmi 306 discovered Maurice and Maralyn Bailey, a British couple who had been adrift at sea in a life raft for 118 days. Several weeks later, the ship's captain, Suh Chong-il, wrote accounts of the rescue which were published in the Hanguk Ilbo and Korea Times. Here are the first six of the 13 installments, as well as commentary from the Bailey's book '117 Days Adrift.' On July 18, the Korea Times published the first part of the captain's account:


This photo from 117 Days adrift shows them being brought aboard, and gives a clue as to how emaciated they were: 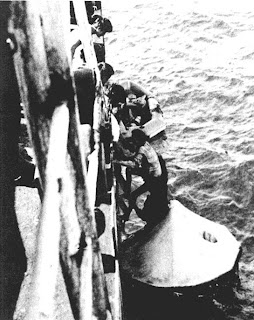 Maurice Bailey also describes, in the book, how the captain was worried that they might be Russian, and also how the captain found his northern England accent to be difficult to understand, so his wife answered a lot of the questions.


I looked around at the sea of faces in that small cabin and, unable to disguise my happiness, I smiled at each one, regretting my inability to show our gratitude more effectively. Crew members would pass the door and, unable to speak English, were content to stand and smile at us. A feeling of well-being enveloped us; we had goodwill for everyone. 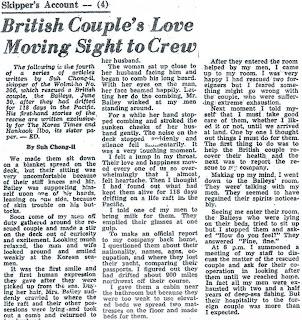 A photo from the book of one of their first meals: 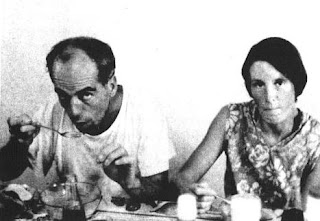 I'll post the other installments tomorrow.
Posted by matt at 3:14 PM