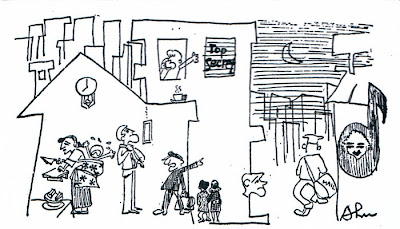 To get a sense of just how different the Korea Times used to be, here is a description of a day in the life of Seoul, from January 11, 1970: 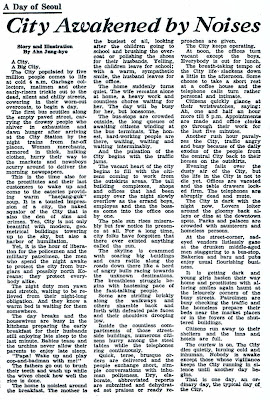 And yes, the writer is Ahn Jung-hyo, who, according to Wikipedia, wrote for the Korea Herald in the 60s and eventually became director of the Korea Times in 1975. Ahn is best known for his books "White Badge," about his experiences as a soldier in Vietnam (and his childhood memories of the Korean War) and "Silver Stallion"(about a Korean village's experience of the war and the US military presence) which he translated into English himself; an interview with him from 1989 can be read here.

In the future I'll post other articles by him that I've found.
Posted by matt at 3:35 PM