At Naver this morning was an image at the top from Hwang Sun-won's story 'Sonagi' or 'Cloudburst'/ 'Shower' and a caption saying that it is the 97th anniversary of Hwang's birth. Below it was an ad for (presumably) an English conversation class with the caption, "When foreigners speak to you, do you run away?" Somehow, I don't imagine that's how the designer of the '외국인' t-shirt pictured it being used.

I got some groceries at the supermarket down the street. I didn't find option 2 so appealing... 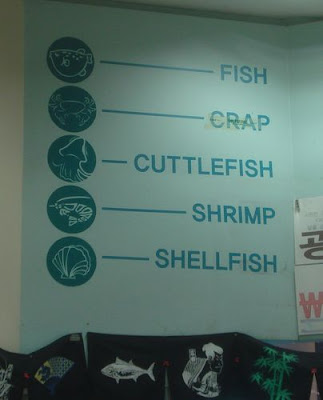 Maybe another time I'll get the shot of their customer service philosophy in large lettering on one wall... in autotranslated English.

Though the cherry blossoms have been out for awhile down south, I saw my first blossoms in Seoul today. 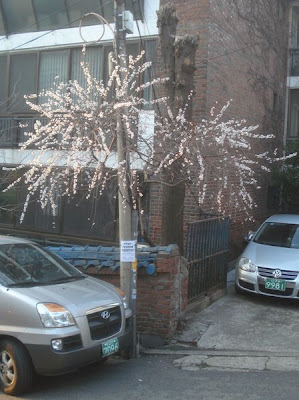 (A few others from over the years)
Posted by matt at 9:56 PM

I'm hoping to send you an email regarding the cuts to the NEST programs but can't find your contact info. If you don't wanna give it out publicly can you please email me at faunac@gmail.com

PS I live in Seoul and haven't seen any blossoms yet though have seen a few buds. It snowed here the other day. 4 years ago my parents visited me at this time and it was so warm and hot. Brr