Kim Jong-il on the Simpsons

The second-to-last scene in the season premier of The Simpsons had the guest star reminisce about "when I was in a North Korean prison being forced to write a musical about Kim Jong-il with a car battery hooked up to my nipples." Said musical was titled "Being short is no hindrance to greatness," and a snippet of the musical was shown: 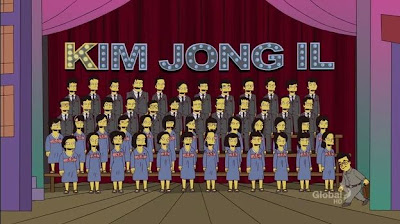 A little too grim to be funny.

The "Taiwanese animated dramatization" of an incident in the show, on the other hand, was hilarious: 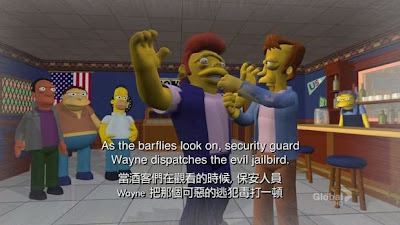 Other examples of such animation can be found here and here.
Posted by matt at 8:16 AM