I was made aware of this video by John Grisafi about the remaining traces of colonial-era Shinto Shrines in Seoul (hat tip to Jacco). I learned some new things from it, and it features some handy maps as well.

Also of interest may be this photo taken by Don O'Brien in the fall of 1945, which appears to be taken from Namsan in the area of Seoul (Gyeongseong) Shinto Shrine (perhaps somewhere around here). I made this image to point out some of the prominent buildings. There is black text for those buildings still standing, red text for those that have been demolished, and blue text for sites that still serve the same purpose but have new buildings. 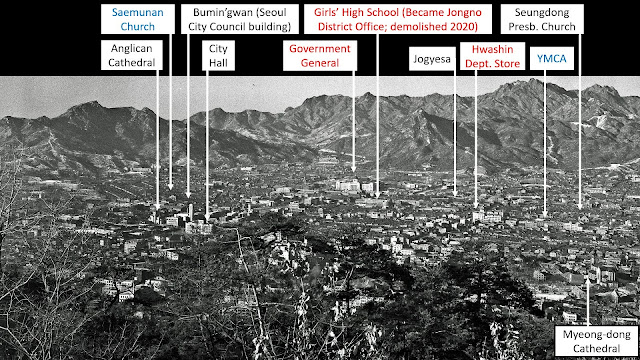