As the Korea Times briefly reported the other day,


The Seoul Metropolitan Government designated two underground drainage
tunnels built in the early 20th century as its cultural assets, Sunday. Pictured is a tunnel beneath Namdaemun [sic], central Seoul, which was discovered in 2012. The other tunnel is under City Hall Plaza.

Here are photos of the 394 meter tunnel beneath Namdaemun-ro (as in the street) from the Donga Ilbo: 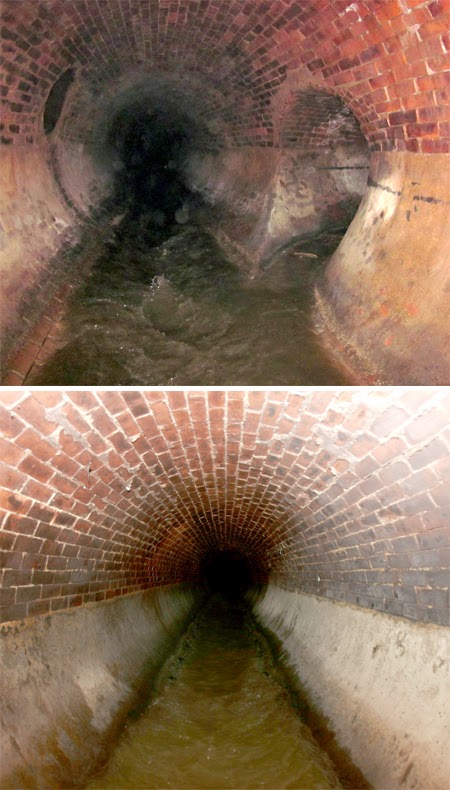 The location of the tunnels can be seen below (marked in blue) in a map published by Aju News: 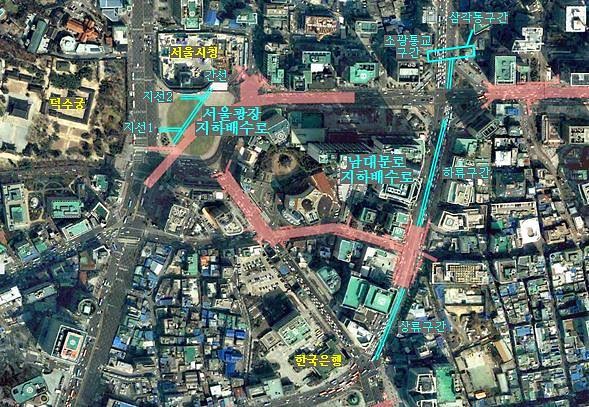 The 191 meters of tunnel under Seoul Plaza, pictured below (from the Herald Gyeongje), feature two branches which head towards Deokgusgung Palace and a main tunnel which cuts diagonally under the plaza. 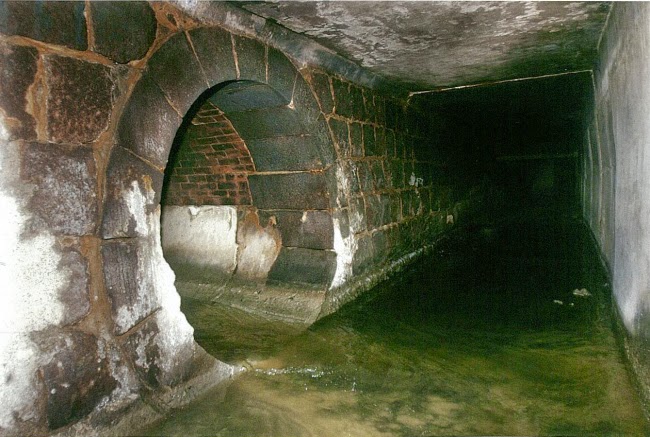 To get a better idea of what it looks like to wander in the tunnels, SBS has a report here.

The tunnels were first reported on last October, as this Yonhap article notes, when the city announced that it was considering designating the two tunnels, which had been discovered between December 2012 and May 2013, as cultural properties since they were symbols of modern urban development and civil engineering. Previously tunnels under Deoksugung had been considered cultural properties, but they were included as part of the palace, and this was to be the first time such tunnels would be considered separately as cultural properties. They are thought to have been built between 1907 and 1915; the tunnel under Seoul Plaza is made of brick, with the lower half sealed with plaster/mortar, while the tunnel under Namdaemun-ro has a top half made of brick and a lower half made of concrete, which was a new material at the time.

The SBS report also notes that the city plans for the drains that were designated as cultural properties to be open to the public for free tours from October. That sounds like it would be fun.