A reader reminded me of this photo of a medic treating an injured girl during the Korean War which I posted a few years ago (it's part of a series: 1, 2, 3, 4). 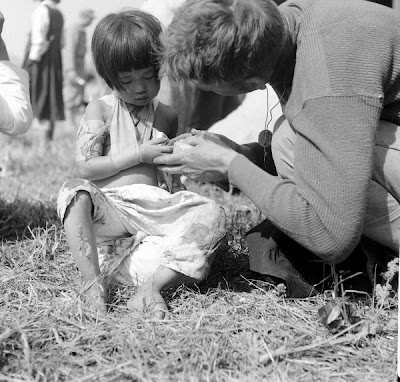 I found it in the Life Magazine archives, which led me to dig around and find some others, such as these:

This photo of Kim Gu was taken in May 1947 outside his house near Seodaemun Station, which should be included in this tour I'll be leading for the RAS in April. 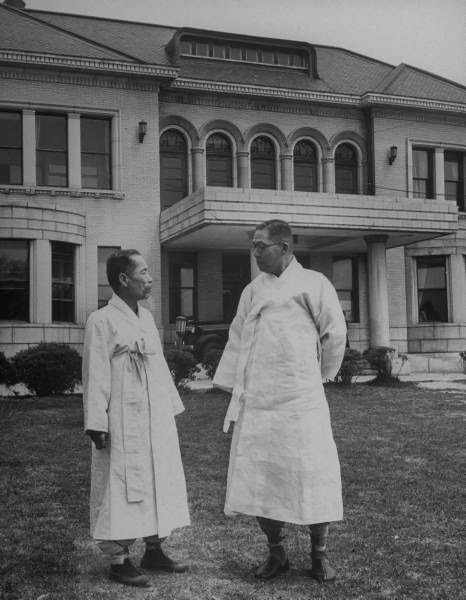 I also found this photo of Kim Kyu-sik taken around the same time. You can also find photos of other prominent politicians such as Lyuh Woon-hyung (in front of the Chosun Hotel) two months before his murder, and Syngman Rhee. What's interesting to me about the above photo is the (one presumes) US military housing on the grounds in the background. The caption reads "Kimm Kiusic, chairman of the interim legislative assembly, standing on the balcony outside his office." I can only assume that the interim legislative assembly was located in the former Japanese Government General Building which stood on the grounds of Gyeongbokgung until it was demolished in 1995 (a theory perhaps supported by this photo), which means the US military was camped out on the grounds of Gyeongbokgung, which probably didn't impress people much.

I found this image of what the Russians were up to, building-wise, in Pyongyang to be interesting: 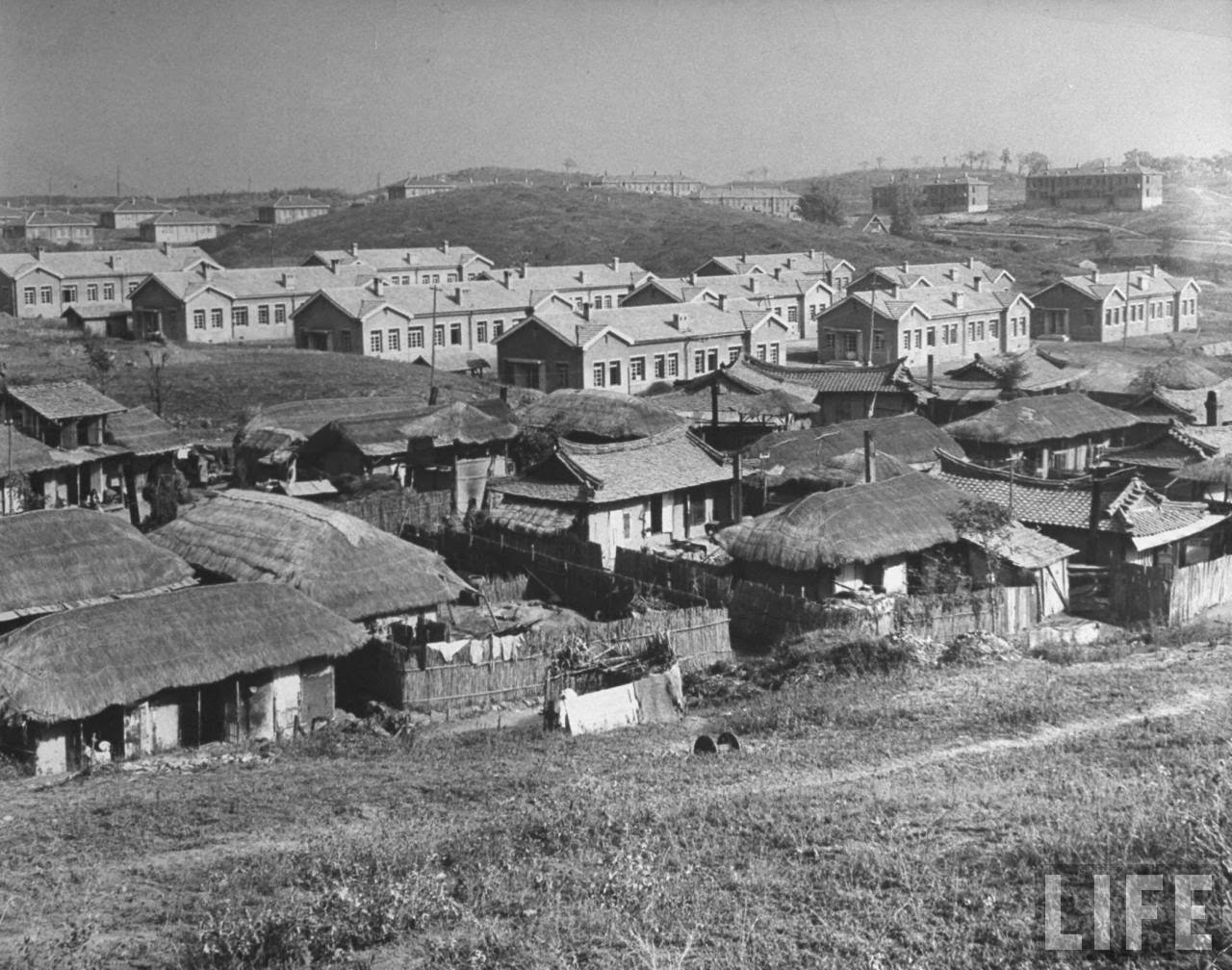 The above photo was taken during the war, as, obviously, was this one: 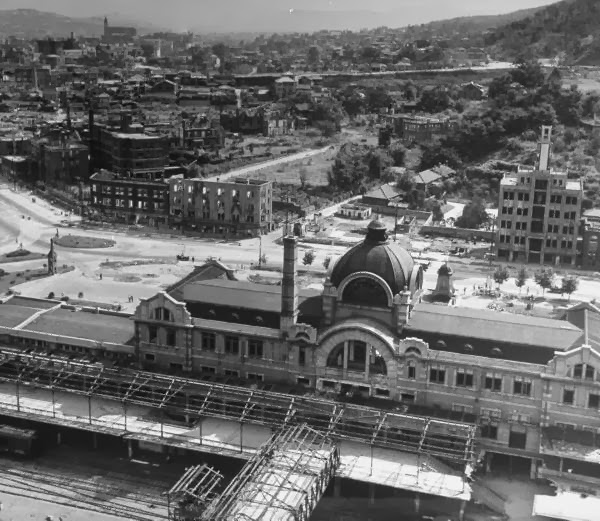 Other aerial photos of Seoul from 1951 can be seen in the related photos at this link.

Those interested in older photos of Korea should check out Pictori, the Korean Media Library here.
Posted by matt at 3:25 PM