On the passing of Alan Heyman

Alan Heyman, a Korean music scholar who first came to Korea during the Korean War as a medic and who had lived here since 1960, passed away on Saturday a the age of 83. My condolences to his family.

More about his life can be found in this Korea Herald article, and interviews with him can be listened to here.

I've posted several articles by James Wade from his 1967 book One Man's Korea before, and thought it might be fitting to include his portrait of Alan Heyman, who was a friend of his, from that book: 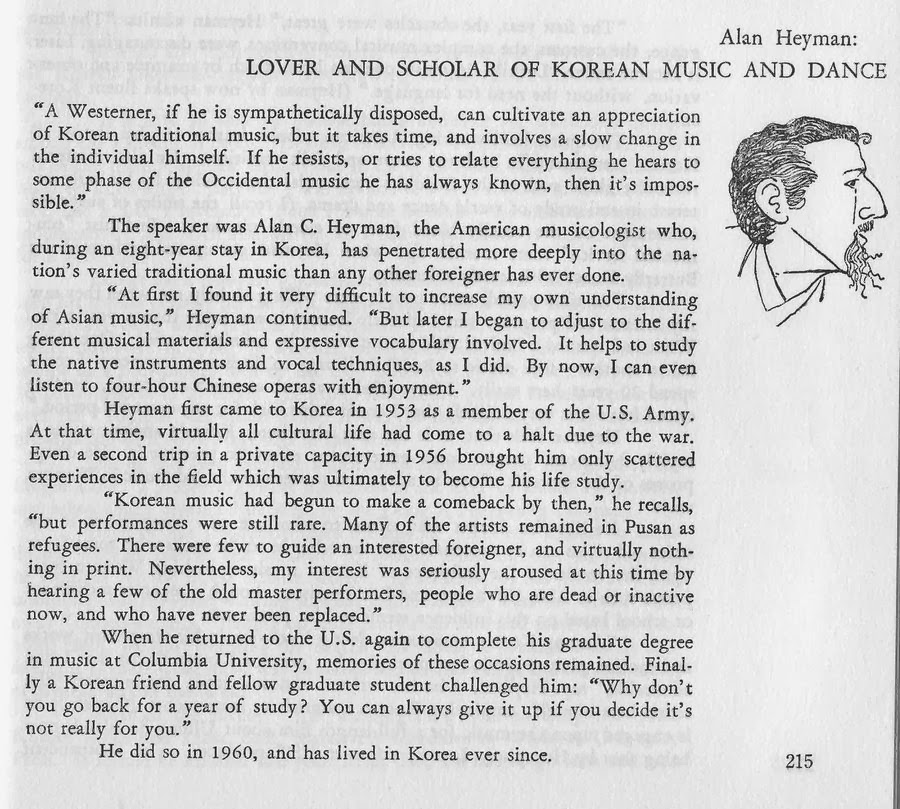 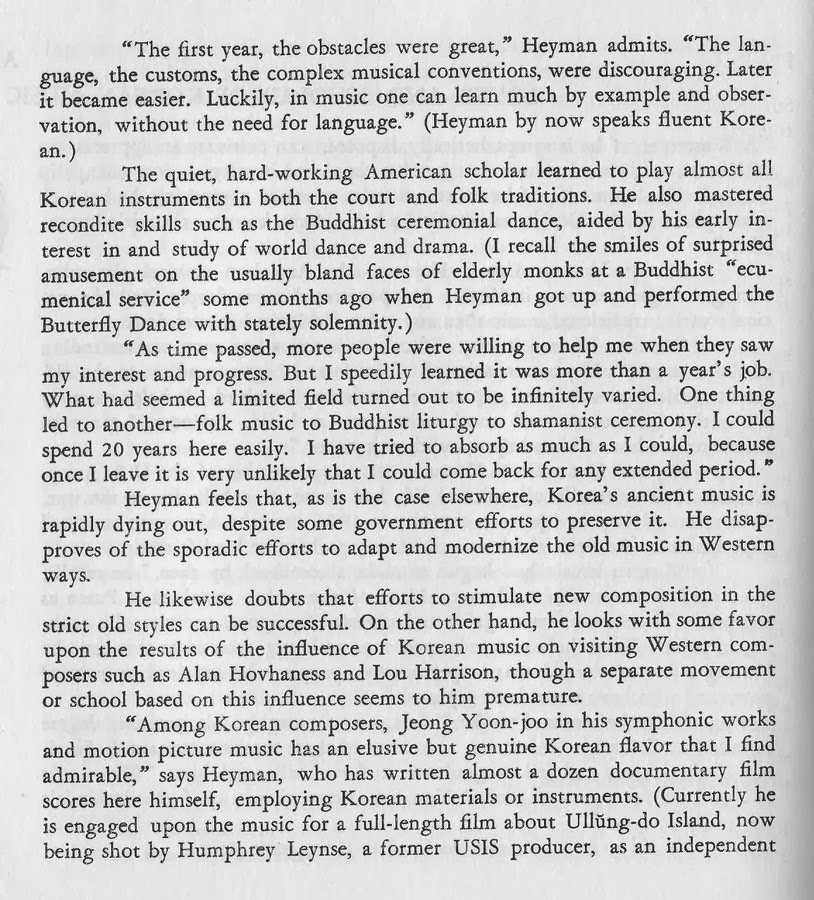 Judging from the life he led in Korea, perhaps the answer to the question posed at the end was 'no.'
Posted by matt at 3:32 PM