Here are a few images I've recently come across: 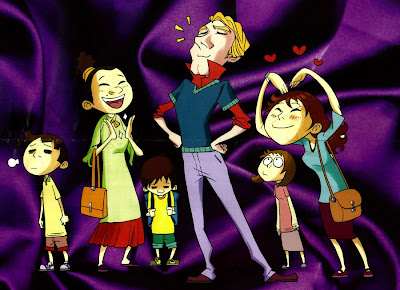 I guess his nose gives him his power. (From a newspaper ad for 'Promise language hagwon'.)

I just liked this graphic from the KBS report I mentioned here: 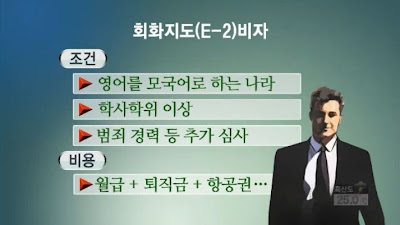 The ad above reads, "I don't make garbage-like TOEIC lectures." I guess that's one way to advertise.

Chungcheong Today reported yesterday that due to the poor economy more people are working as hagwon instructors, and that in the last five years the number of [Korean]  instructors in eastern Daejeon had increased three-fold, from 1,127 in 2009 to 3,192 at the end of August this year.

In my last post I mentioned HIV testing of foreign teachers briefly. On that note, the Korea Herald reported last week on the currently available HIV/AIDS statistics for South Korea:


The Korea Center for Disease Control and Prevention said 9,410 South Korean were diagnosed with HIV between 1985 and 2012. Among them, 1,622 people died.

The KCDC said 85 foreigners in South Korea were newly diagnosed with HIV, though it did not give details on their nationality.

I'm curious how the other 327 people were infected last year, if not through sexual contact.
Posted by matt at 2:50 PM

Standing too close to a foreigner on the subway? Surely, that's a surefire way to catch HIV.

I really don't know why this isn't done more.