The Crime of Korea

Also at archive.org I found a 1950 propaganda film about the Korean War called The Crime of Korea, which details communist atrocities (and reflects the worldview of the US government at the time). What's interesting is that it begins in 1945, and some footage of Seoul at that time can be seen. Also, I recognized a number of shots in the film, as they were similar to photos I had seen before, such as the one below, taken in Incheon on September 16, 1950, the day after the Incheon landing. 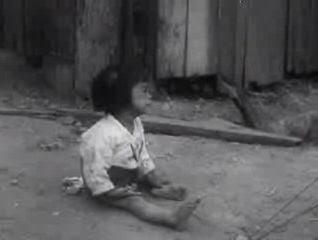 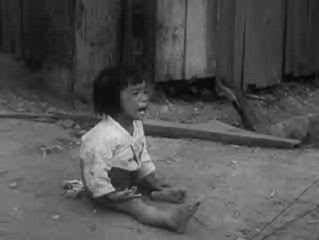 I first saw this photo at the Korean War Children's Memorial website. 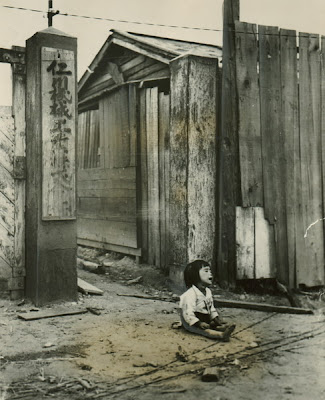 The photo's caption sheds some light on the similar film and photos. According to photographer PFC Ronald L. Hancock,

Sfc Barnes, a. Motion Picture Cameraman and I were looking through Inchon, Korea for pictures when we saw some marines detaining some North Korean POW's. As we started to take picture, we heard a child crying and saw a better picture. The results appear in this picture, which I call "All Alone."

The Chosun Ilbo has some newly released photos from the Korean War, as well as some released last year; among the latter, the first photo reminded me of a passage by Reginald Thompson of the London Daily Telegraph quoted in the book Korea Witness, which perfectly described the photo. One detail is different, however, making it clear that such a scene repeated itself many times throughout the war.

I'm quite certain the second photo in this set was taken at the same time as this photo from this post, just before the first and fifth marine corps split up, the first moving through what is now Bucheon towards Yeongdeungpo, the fifth moving towards Kimpo Airport, and the neighbourhood I live in at the moment. I'll post about that in the next day or so.
Posted by matt at 4:03 AM