A few weeks ago a post by the Metropolitician introduced me to the work of photographer Kim Ki-chan. I managed to find a small collection of his photos online before buying two of his books - Scenes from Seoul Station and Lost Landscape.

Lost Landscape (잃어버린 풍경 , Noonbit Publishing Co., 2004) will appeal to anyone interested in Seoul’s growth over the years. The first half of the book has photos taken in rural areas near Seoul (like Hannam, Bucheon, and Cheonan) between 1967 and 1980. The second half of the book consists of photos taken in southeastern Seoul between 1981 and 1985, as apartment buildings began to sprout like mushrooms across former agricultural areas. 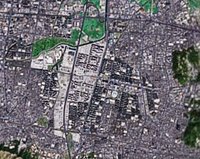 The photos from the first half that follow are mostly of Bucheon, mostly because I used to live there (the division between photos from the first and second halves of the book should be obvious enough). Jung-dong in Bucheon today is totally devoid of any semblance of agricultural land, covered as it is with apartment complexes and an upscale shopping district. The borders of Jung-dong (and being constructed on the left, Sang-dong) are easily discernable in the above satellite photo (which must date from 2001). Jung-dong was part of the first wave of satellite cities to be built around Seoul in the early 1990s (though the commercial zones were still being built when I lived there in 2001. In many of the not-yet-built-upon sites garden plots could be found, though I never understood the arrangements by which people were allowed to grow food there. At any rate, the scenes presented below have been paved over for years. 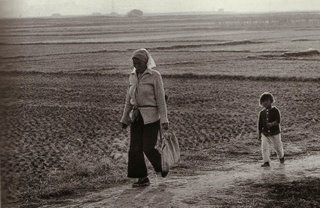 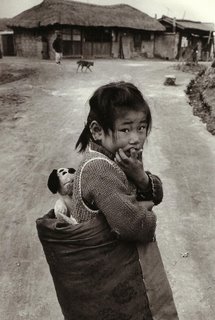 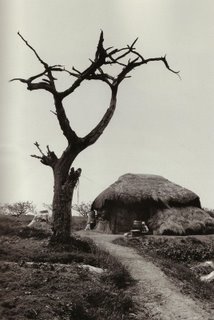 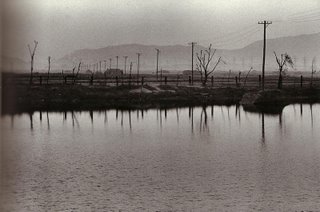 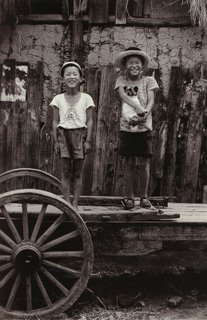 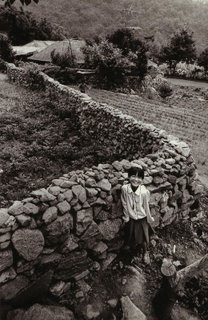 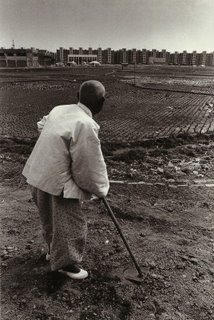 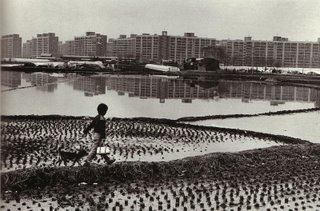 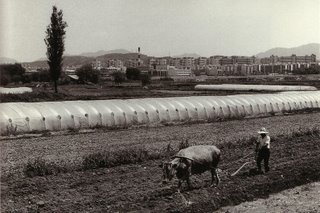 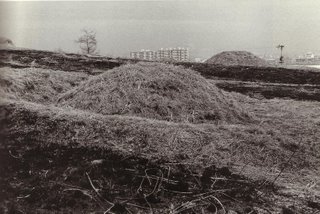 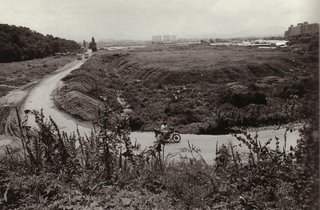 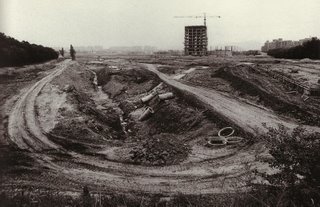 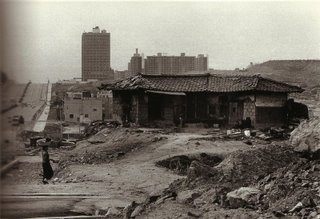 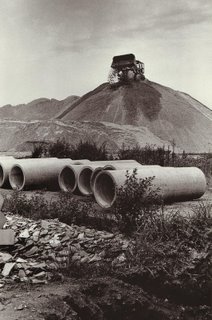 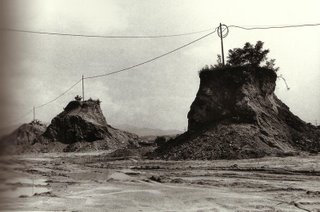 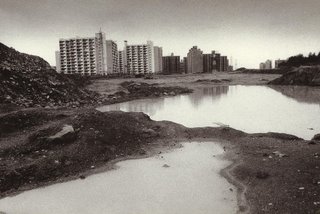 Youido Sibum Apts, 1971
The photo above is taken from Seoul, 20th Century,: Growth and Change of the Last 100 Years, published by the Seoul Development Institute.
Posted by matt at 4:15 AM

Lost Landscape was one of the books I picked up when I got my first semi-paid prize for something I'd written. I got this and another photo book. Incredible shots in it.