From 2006: 'Foreign instructors ask for mothers rather than tutoring fees'

Inside Story's 2006 articles on the evils of foreign English teachers

Part 5: Foreign instructors ask for mothers rather than tutoring fees

On September 12, 2006 BreakNews continued rifling through every corner of the internet to find material with which to demonize foreign English teachers shed light on the 'realities of foreign English teachers' and the threat they pose to the good, upstanding, patriotic citizens of South Korea. One wonders just how much the article is based on tips by Anti-English Spectrum (whose leader provides the only interview in the story) and how much the reporter found herself.

Foreign instructors ask for mothers rather than tutoring fees

[Exclusive report] Out of 5 women a Canadian foreign instructor was dating, 3 were housewives!! 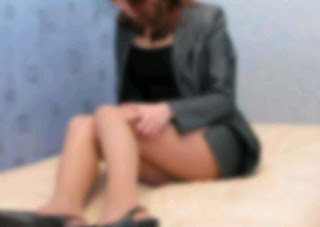 Over the last month this paper has carried four in-depth articles on the realities of English Spectrum and illegal and low-grade foreign English instructors. In particular, readers could not repress their astonishment and shock at the repulsiveness of some foreign instructors who see Korean women as sex toys and habitually molest or rape them.

After 'Inside Story' released its exclusive report "Native speaking instructor blacklist," it made a huge impact. On the basis of this news report, local and international broadcasters and media have reported one after the other on the realities of illegal and low quality foreign instructors.

As a result, we have learned that an inspection agency is making efforts to study the realities of native speaking instructors in Korea. It was confirmed that the investigation was started by the prosecution after the article "Foreign instructor spread naked photos of female students on the internet" was published in issue 434 of our paper.

A reporter confirmed that foreign instructor A is currently on the run. Meanwhile, another tip related to illegal and low quality foreign instructors was received by this paper on September 1. The informant revealed the shocking news that there is an online café for Korean women who have foreigners as lovers and that housewives were having affairs with foreign English instructors who taught their children.

Tracing the internet cafe for lovers of foreigners ... which outwardly appears a healthy space

Following up on the tip, this reporter tracked down the Internet café for women with foreign lovers. The informant explained that among the foreigners whom date, many are English instructors.

The two cafes in question were registered on a portal site. These cafes look like healthy spaces where women share their love stories, but if you read the actual postings at the site, they are not like that at all.

Many of the group's female members complained of pregnancies and abortions, as well as things like unreasonable sexual demands. Most of the postings vent their frustration and pain, saying things such as "I'm four weeks pregnant...", "I'm going to the hospital to have an abortion tomorrow," or "Foreigners are like that. He didn't care that what he was demanding was painful." Beside these, there are also a lot of postings about foreign instructors' shocking romantic / sexual behavior with Korean women.

A female member disclosed the perverted and degenerate behavior of her foreign boyfriend in a posting titled 'My boyfriend now scares me.'

"These days I am worried because of my (foreign) boyfriend who makes more and more demands in our relationship. When we are together, we argue but also fool around and have fun. But when I contact him when we're apart, my boyfriend says a lot of sexual things, like talking about his fantasies. I want to make a video with you. I want to have sex in public. I want to make out with you and other women together and see you do naughty things. And he even talked about bondage ... I like to have sex and tend to enjoy it, but not perverted stuff. So my boyfriend and I have never really complained to each other about sex. Last time we had sex I took photos just for fun. I erased them later, but since then my boyfriend has wanted to do such perverted things that I've gotten really stressed. He is the second boyfriend I've had and it's been almost a year now and we're serious about each other, but he's asking too much. I've lived with people cursing foreign men, saying I should totally ignore them and that they are all really perverts, but now the more I meet him the more I see him changing into a pervert, so it's hard. 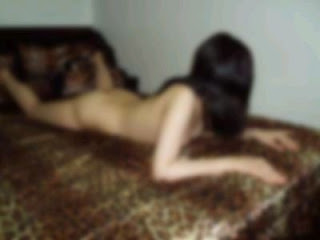 Another female member attracted attention by uploading a post denouncing a secret meeting of foreign instructors in Itaewon.

"Not long ago I heard something shocking from a friend. I also once met that person (foreign instructor Mr. C). He is from Italy, but went to school in the US and now lives near Samgakji. On weekends, he usually tries to find girls at clubs or on chat sites, and if she seems easy he sleeps with her a few times and then passes her on to his friends. A while ago I met Mr. C via chatting and he was good looking and didn't seem perverted, but after I had a drink he followed me to the bathroom and suddenly kissed me like it wasn't a spectacle. That many women have suffered this makes me even more angry."

Regarding this, informant L worried, saying "Women who join this group are complaining of common suffering. Though they share it, there are cases where they do not realize that they are becoming victims."

In being lured, housewives are no exception.

It is now closed, but [there was once a] foreign instructor job search site called 'English Spectrum' where foreign instructors posted and shared articles such as "How to molest Korean elementary school students", and "how to extort money." Informant L saved a post that was uploaded there in 2005 and gave it to this reporter, and its contents are shocking.

"(Foreign instructor) XX [could] really go to jail ... really! In Korea, adultery is still a big crime (remember this is a Confucian country). When he goes to jail, he will suffer a lot. XX may not be the only one going to jail, (Korean woman) 00, who he slept with, might go to jail too. It could happen because her husband found out. That's why I pay a lot of money, to not go to jail. XX could rot for two years in a cell, or be deported. My advice: prostitutes are easy to find in Korea, so it's better to go there. Next time, take your money and have fun with the prostitutes."

This is a comment in response to the original post by a friend of a foreign instructor who told the story of how his friend was sleeping with a housewife and this was discovered [by the husband].

XX, who was in trouble due to adultery, was an English tutor. He demanded that the mother of the student he taught have sex with him instead of paying tuition, and after that this he was found out. A psychiatric counselor who is friends with this reporter told of a Canadian English instructor who bragged, "I've had five Korean women as lovers, three of whom were housewives."

Mr. K, who launched a movement to expel illegal and low-quality foreign language instructors, said, "We have filed civil complaints with the police, received reports from female victims, and have continued to take action to help them, but among problematic foreign instructors there are still many who are not even aware that they've done wrong." "This issue should be steadily publicized so that it does not just get temporary attention and die down. It is urgent that we create an environment in which we can improve laws and the [employment] system so that unqualified foreigners can't be hired as instructors anymore."
Posted by matt at 4:18 PM