My latest column for the Korea Times is about the first appearance of "unnatural," hysterical fandom in Korea when Cliff Richard played three shows in Seoul in October 1969. I'd searched for information on this and found little on the internet or in Naver's News Library, but eventually found four articles in the Korea Times, complete with photos:

From The Korea Times, October 16: 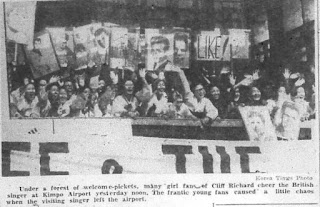 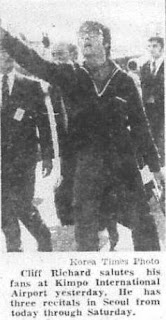 From The Korea Times, October 17: 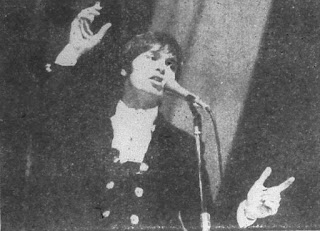 From The Korea Times, October 19: 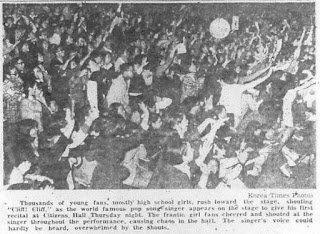 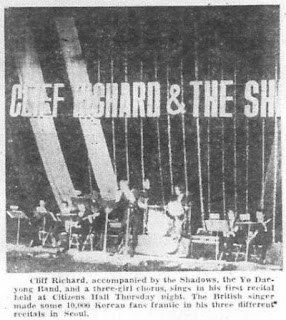 Interestingly, the Times' partner paper, the Hankook Ilbo, was actually a sponsor of the concert, so that may be one reason why it failed to mention what the Maeil Gyeongje reported: That riot police were needed to get Richard out of the airport, such was the mob of teenage girls that surrounded him.

And just for fun, MBC filmed his first concert, at Citizen's Hall (where the Sejong Cultural Center now stands).

And huh. I'd never seen the next one before, supposedly from Ehwa but it looks like the same location as the first video (I doubt it was televised more than once).
[Update: this link is dead; it showed Cliff Richard singing 'Congratulations,' a song associated with birthdays in Korea.]
Is this where the popularity of that song came from? Or is that still even a thing on birthdays today like it was in the early 2000s?
Posted by matt at 11:52 AM