Perhaps the 'crime prevention education' I recently posted about is needed after all. KNN (via SBS) reported on November 18 that a 43 year old American who is a 'visiting professor' who teaches English at a national university in Busan had been arrested for growing marijuana. Among many plants on his balcony were three pot plants, seen below. He's heard in the report saying, "I wasn't trying to grow marijuana." 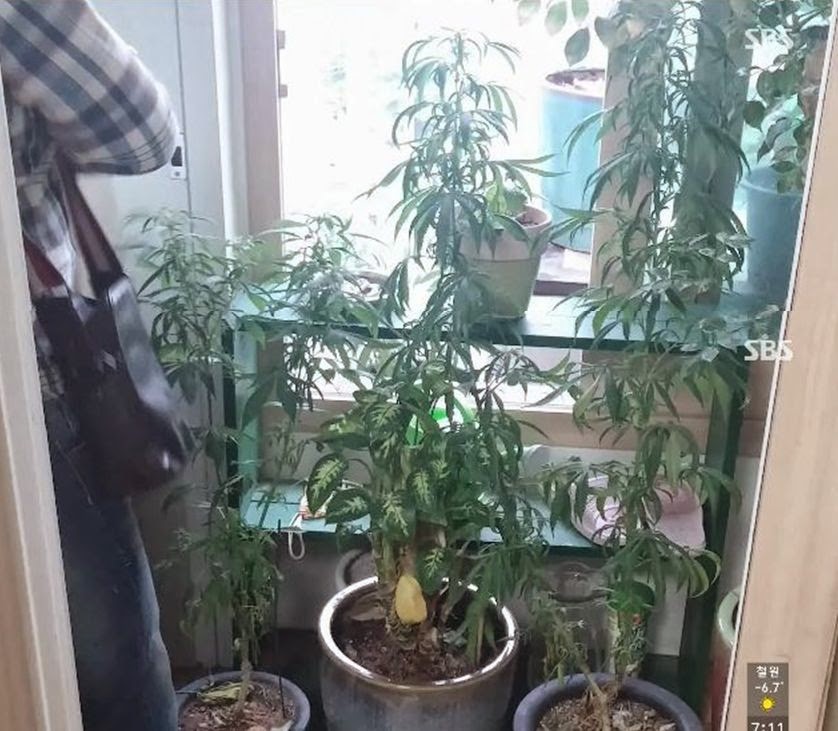 Whoops. These things happen accidentally, I guess. The old 'he taught while high' accusation is made once again by a police officer: "Because it's come to light that he would smoke in the evening after classes finished at clubs or bars, it seems during the semester he often smoked and taught class." So he smoked after classes finished but he was high in class? Okay then.

The only other mention of this case outside KNN was NoCut News, who reported on two busts in Busan, one of a meth bust involving 42 people (23 arrested and detained), and this one. It mentions that he'd he'd brought pot back from California in 2012, started growing the plants late last year, and had been smoking the plant since March. I couldn't help but chuckle at the way NoCut News reported what police seized in these two busts: 178g of meth (worth 590,000,000 won), 0.33g of marijuana, three marijuana plants, and disposable syringes. The order might make one think the syringes were for the marijuana, while the amount of pot seized (0.33 grams) certainly isn't much to write home about. That said, growing is always going to get serious attention from the police, and likely from the media as well, though this bust really wasn't reported much. The KNN report states that the university will decide what to do with him after it receives the results of the police investigation.

In other news, as Asia Gyeongje reported on October 28, it turns out there was another foreign teacher busted for drugs, a foreign hagwon instructor arrested by Suwon prosecutor's office after Incheon customs intercepted mail which contained either blotter paper containing with the psychedelic drug 2C-C-NBOME or another package with pentedrone at the end of September (a Korean male was also arrested and it's not made clear the connection - if they each are responsible for one, or together responsible for both; one assumes the former). 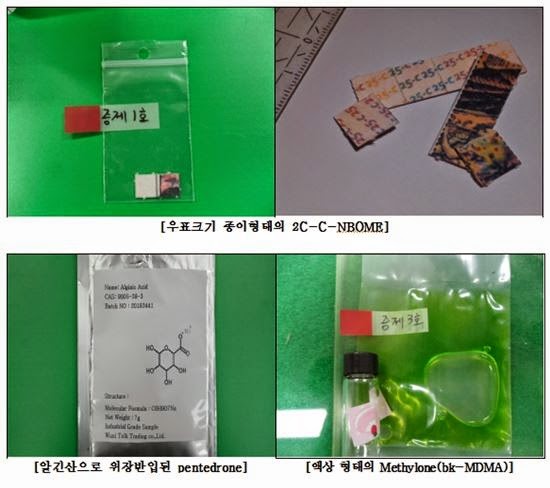 In both cases it's the first time such drugs have been found by the Korea Customs Service.
Posted by matt at 3:55 PM

I reckon plenty of officials at the MOE are high themselves, considering how wacky their education policies are.