Seoul Station Overpass to be opened to pedestrians Sunday afternoon

It was reported a few weeks ago that Seoul is planning to close the Seoul Station Overpass and turn it into a park, influenced by High Line Park in New York City (itself influenced by Promenade plantée in Paris). The Wall Street Journal Blog compares it to Lee Myung-bak's Cheonggyecheon Restoration as a possible 'pre-run-for-the-presidency project' by Seoul Mayor Park Won-soon. 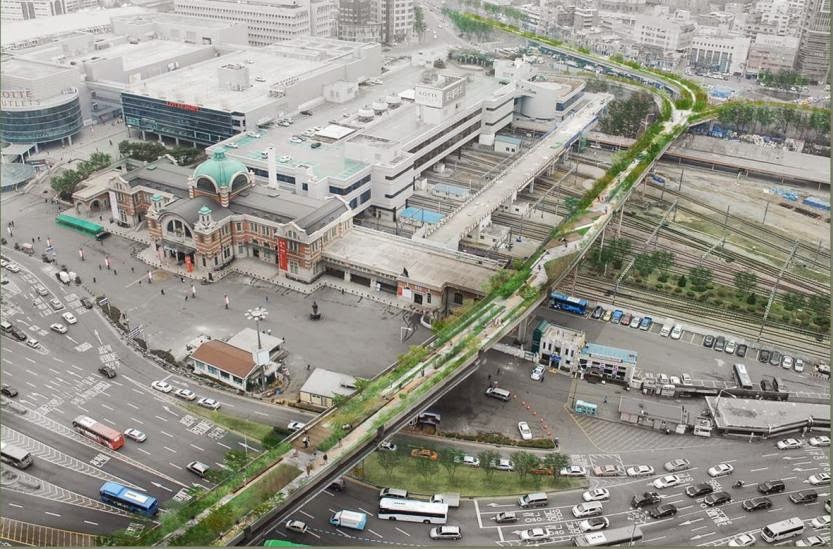 According to Kojects and Korea Bizwire, this Sunday, October 12, the overpass will be closed to traffic and opened to pedestrians from 12pm to 4pm, much as Ahyeon Overpass was back in February before it was torn down.

As well, the Westin Chosun Hotel is celebrating its 100th anniversary with an exhibition titled 'Memory, History & Heritage' in the Presidential Suite (room 1808) until Sunday October 12, and is open from 10am to 5pm. (Hat tip to Hamel.)
Posted by matt at 4:56 PM

thanks for mentioning us!^
Are you going to be on the overpass tomorrow? I hope to see you there :)