Tomorrow night, Tuesday September 30, Professor Henry Em will be giving a lecture titled "Seokguram, the Guze Kannon, and the Creation of National Pasts" for the Royal Asiatic Society: 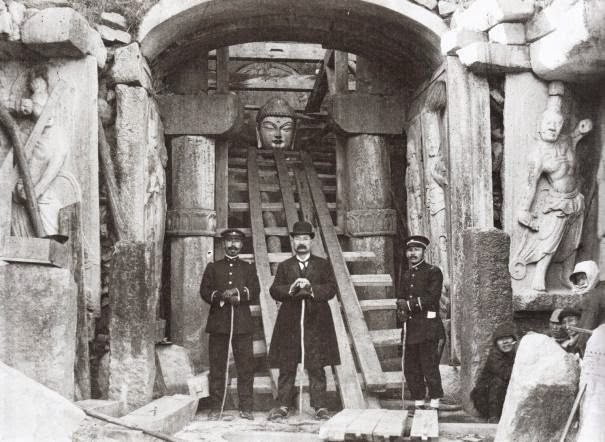 A year before Japan’s annexation of Korea, while climbing the eastern slope of Mt. Toham in Gyeongju, a Japanese mailman made a great discovery. Near the summit he chanced upon what looked to be a cave. Inside he encountered a Buddhist statue of astonishing beauty. Following this “discovery” of the Seokguram, constructed in the mid-eighth century, Japanese authorities began an extensive restoration and pedagogic effort. Today the Seokguram is a major tourist destination in South Korea, a national treasure that is also recognized by UNESO as a World Heritage Site. The restoration effort began in 1913, and it was the Japanese colonial state that first brought Seokguram to the attention of the world. Why would the Japanese colonial state spend money and resources to restore Seokguram and sing odes to the beauty of not just Seokguram but also Bulguksa and the Silla capital of Gyeongju? In contrast to the 1884 unveiling of the Guze Kannon, a seventh-century gilt-wood sculpture at Hōryūji temple in Nara Prefecture – Ernest Fenollosa’s immediate comment was, “Korean of course” – a sculpture that was said to confirm Japan’s status as “the spiritual repository of Asia,” Professor Em will explain how the restoration of Seokguram was crucial to assigning meaning and legitimacy to Japanese colonization of Korea.

I've enjoyed reading Professor Em's work, including his chapter on Shin Chae-ho's historiography in Colonial Modernity in Korea and his book The Great Enterprise: Sovereignty and Historiography in Modern Korea, where he looks at how Japan was happy to highlight Korea's brilliant ancient past so that it could make a negative comparison to its present and make a case for why Japan's tutelage was necessary to help Korea regain the civilization it once possessed. I'm certainly looking forward to this lecture.

The lecture will be held at 7:30 pm tomorrow night (Tuesday) in the Residents' Lounge on the 2nd floor of the Somerset Palace in Seoul, which is behind Jogyesa Temple, and is 7,000 won for non-members and free for members. More information can be found here.
Posted by matt at 5:12 PM

Any possibility you could share a few tidbits on here for those of us unable to attend? This is a topic I'm very interested in, and I'd be much obliged.

Hopefully it will be videoed and posted online before too long. Not every lecture is, however, so I'll let you know.