James over at the Grand Narrative posted today's 'Naver's photo of the day' and also posted another photo (click here for full size) by the same photographer: 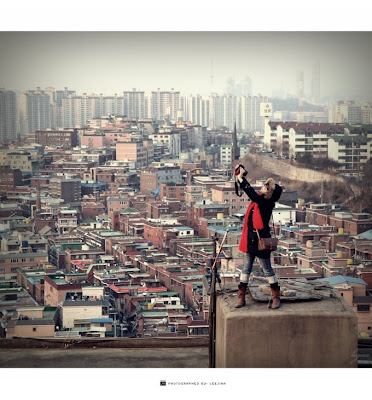 He went on to wonder out loud where it was taken, so I decided to try and see if I could come up with an answer. I could make out 3 towers in the far background, with the two of them closest to the center looking almost connected together. For a moment I thought of Richensia and the 63 building on Yeouido, but the building on the left was certainly not the 63 building. After considering the trade center building at Coex, I noticed that there were four towers visible in the background, and realized that the two on the right were likely the Mok-dong Hyperion tower. 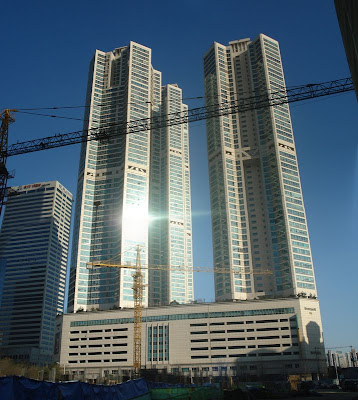 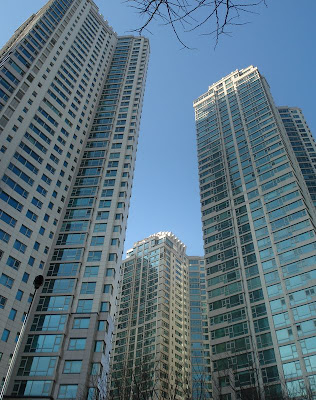 And actually, now, to the north of the Hyperion phase 2 towers, is the Mok-dong Trapalace. Looked at from the right angle, you'd now see ten towers as two. 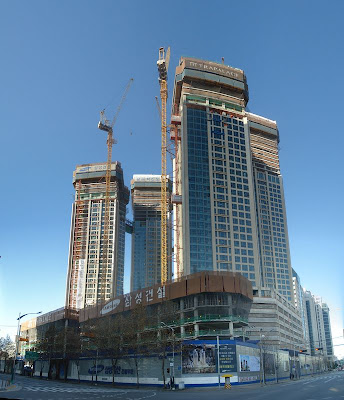 Searching along the likely axis didn't turn up the apartments seen at the far right in the foreground, but the name 영풍 can be seen on one of the buildings. A search for 영풍 아파트 at naver turned up a set of Yeongpung apartments in Gwangmyeong City, just southwest of Seoul. As it turned out, the photo was indeed taken there. Knowing that, it becomes clear that the apartments seen beyond the low rise buildings are two kilometers away, while the Hyperion towers are around five kilometers away. All this makes clear that the photographer was really zooming in on the girl and the background.

The google map where the screenshot below came from can be found here. 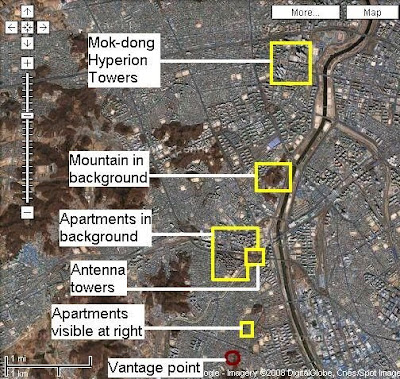 I'm assuming the vantage point was where I marked it because there are several apartment (or other large buildings) built along the side of a mountain, which would explain the height the photo was taken from. Of course, you don't always need height, as flat land will suffice to see very far. Here are the Hyperion towers as seen from than Han River next to the Haengju Bridge, north of Gimpo Airport. It's about nine kilometers away from the towers, but is still within Seoul's boundaries. 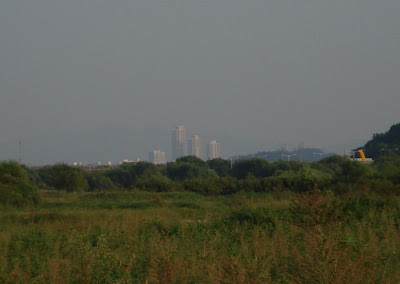