Afraid you may be hiring a drug addict? Let us help!

I was searching through my draft posts and came across this post written last July. I'm not sure why I never posted it, but seeing as I translated it, I might as well put it up. Up first is an article published by Hanguk Gyeongje on June 29, 2012:

Now you can accurately know what kind of person the English native speaking instructor is [when] hiring. 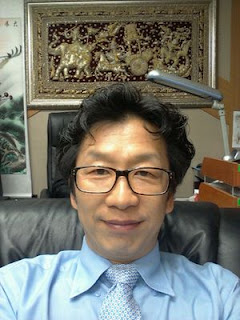 Recently, English conversation or English lectures with native speakers have been drawing popularity but their standing/identity has not been accurately revealed which has negative effects.

Recently in Busan police caught foreign English instructors for selling and habitually taking drugs. This is why the verification of native speaking instructors' background and standing/identity is urgently needed.

Regarding this, 'Work and Asia,' a company specializing in recruiting native speaking English instructors, has announced plans to operate tests through the native speaking social network site 'Hukeom (whocome.com)' from mid July to provide information about high quality, reliable instructors.

This site updates in real time [stats like] accurate personal information and experience from the time of the job announcement to the time of hiring, and all information can be confirmed with an open platform through which one can sound out the possibility of realizing the building of an active market infrastructure.

The article then goes on to say that the site will be launched in three Asian countries and will expand to those countries where there is demand for native speakers. A look at the website would suggest it's not exactly busy, with the last teacher profiles having been uploaded - en masse - more than seven months ago.

The company's pitch ('foreigners are dangerous - let us recruit them for you in a reliable manner') is reminiscent of a series of ads published in the summer of 2011 which masqueraded as 'articles' published at Bizplace that presented foreign teachers as potential threats, and in which the "head of the native speaking instructor recruiting company Job and Consulting" suggested using recruiters like themselves as the only "safe" way to "thoroughly prevent the harm caused by illegal native speaking instructors." Several more articles followed on July 18, July 26 ("The possibility of a serious crime being committed at any time cannot be ruled out"), August 9 and August 10. The company also used photos found on the internet to highlight the racial attributes of what one assumes they consider to be ideal native speaking teachers (blue eyes) while insinuating that their services are needed because one cannot tell based on appearance alone whether a teacher is a criminal or not. Good fun.

Here's a paragraph from a Chosun Ilbo article from July 2 last year about the effect of free lunches:

It goes on to say that SMOE argues that the reduction is not only due to the free lunch budget, but to things like increases in labour costs. It was nice to see someone making that connection, however.

And also in the unfinished post was a note about a 'training' session at work in which images of a Korean comedy troupe on TV were used in a powerpoint (with text inserted over the images) to convey examples to illustrate 'sexual harassment prevention.' The juxtaposition of these images of goofy comedians with text explaining why offering to do 'love shots' is bad... was just weird. But I couldn't help noticing the introductory slide in the presentation which had 'sexual harassment' written above a photo of a white man leering at an obviously uncomfortable white woman. Because, obviously, if you're going to introduce sexual harassment in Korea, I guess it would best to use a white male to do this. Too bad certain aspects of sexual harassment in Korea are unique to Korea and they couldn't find images of white males doing 'love shots' to use in the rest of the presentation.

I could write, "On the bright side, if an image of a creepy looking guy is needed for a 'don't talk to strangers' presentation for students, one is available at the top of this post," but we wouldn't want to judge anyone by their appearance, now would we?
Posted by matt at 2:06 PM

Keep up the good work, Matt.