So far I've published the following posts about the June 30, 1973 rescue of Maurice and Maralyn Bailey by the Korean fishing vessel Wolmi 306 after the British couple had been adrift at sea in a life raft for 118 days.

Here are parts 7-13 of an account of the rescue by the ship's captain, Suh Chong-il, which was published in the Hanguk Ilbo and Korea Times.

On July 25, the Korea Times published the part 7 of the captain's account (unfortunately, little can be discerned from the photos): 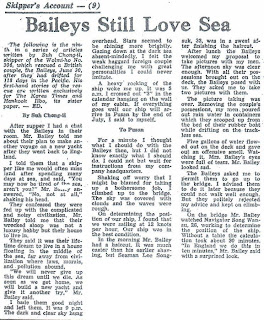 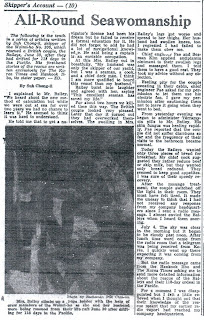 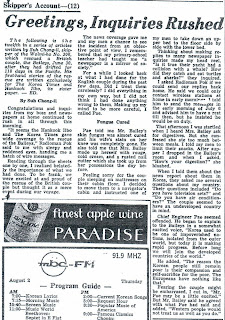 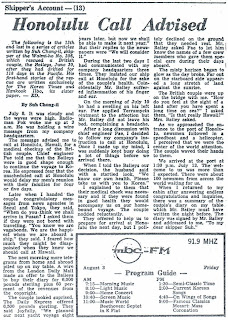 Captain Suh's account ends with their arrival in Honolulu; below is a photo of the Bailey's on board the Wolmi 306 as they docked at Honolulu (from here). 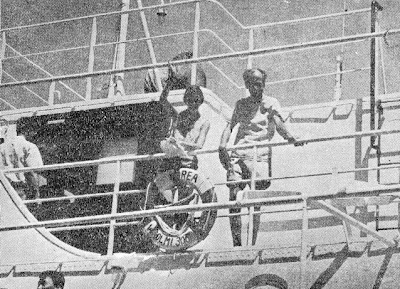 In the next post I'll look at their arrival in Hawaii.
Posted by matt at 3:52 PM