When we last saw the Baileys, they remained in Honolulu as the Wolmi 306 departed without them. As this Donga Ilbo article points out, the Donga Ilbo played its part in the media frenzy by offering to pay for a Korean Air flight to Seoul. On the Afternoon of August 1, 1973, they arrived at Kimpo Airport, as this front page Korea Times article from the next day relates: 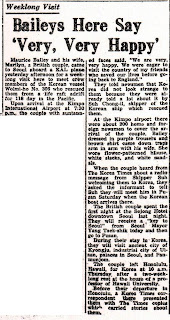 Unsurprisingly, the Donga Ilbo gave a great deal of coverage to their visit, publishing the photo below and reporting that they drove into Seoul via the Han River and Han River bridge, and got a view of Namsan before going to the Sejong Hotel: 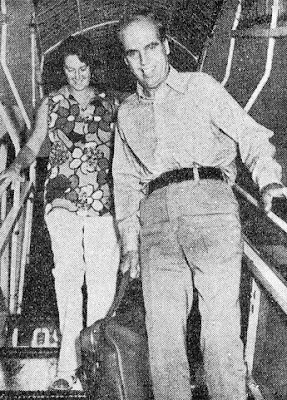 On August 2 they were interviewed by the Donga Ilbo at their hotel, and said they would come to Korea when they sailed again. They thanked the Korean people and said they wanted to meet captain Suh in Busan, visit the old palaces, and go to Panmunjeom: 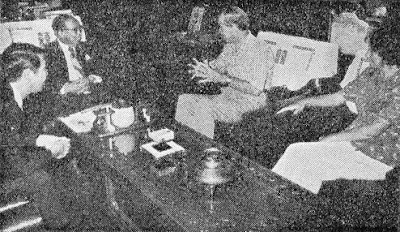 They were given a key to the city and honorary Seoul citizenship by Mayor Yang Taek-sik on the morning of the 3rd before flying to Busan that afternoon: 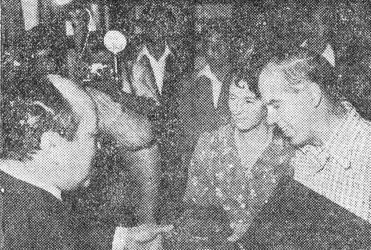 The Korea Times had a little more on the ceremony: 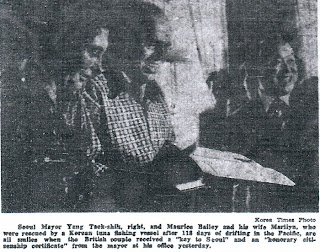 The following Korea Times article from August 4 says that they arrived in Busan and that they plan to attend Captain Suh's wedding. I can find no other reference to this wedding, however (not even in the Korean language press).

On the morning of August 4 the Wolmi 306 arrived in port and they were reunited with captain Suh: 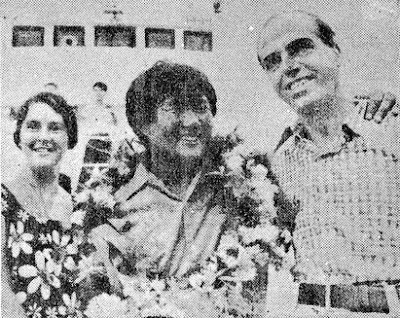 This Korea Times article from the next day described their meeting: 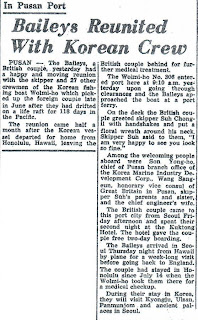 On the 5th they went to Ulsan to see a shipyard and to Bulguksa and Seokguram in Gyeongju (the latter they termed 'a miracle'), and then returned to Seoul. This article says they also went to Haeundae that day,which would make for a busy day, if true.

On the 6th they went on a USFK-led tour of Panmunjeom and then had lunch with the British ambassador before going to see Gloucester Valley, the location of the 1951 Battle of the Imjin River.

Also on the 6th, MBC aired the story of their rescue which was broadcast over three nights.

Oddly enough, coverage of their visit dropped off completely in the Korea Times. This is the final, tiny article about them, from August 7: 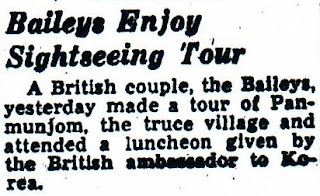 On August 7 they toured Changdeokgung and Biwon, and on August 8 they went to Korea University and then later that day attended a ceremony where Captain Suh and three other crew members of the Wolmi 306 received commendations from the Korea Marine Industry Development Corporation.

On August 9 they boarded a plane at Gimpo Airport for Los Angeles, from where they would go on to London. There, holding gifts, they said goodbye to Captain Suh: 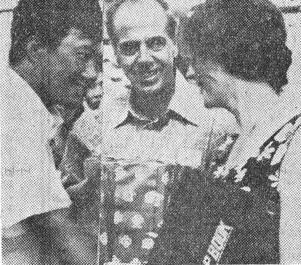 Then they boarded the plane and off they went. 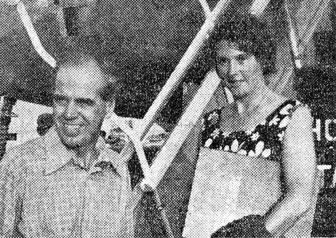 (From the Donga Ilbo)

Wikipedia has some more information about them, as does this obituary for Maralyn (who died in 2002 - I'm not certain if Maurice, who'd be in his early 80s, is still alive or not). This article discusses Maralyn's resilience, while their book about their ordeal, 117 Days Adrift, can be searched through at Amazon. A book titled Second Chance, published in 1977, reveals that they had a new boat built and sailed around South America, apparently, according to this review, cursing the "boatbuilder who sent them to sea in a sieve."

And so ends the tale of the Baileys. Well, almost. Their visit led to some letters about their rescue and visit being published in Korean newspapers. I'll take a look at those next time.
Posted by matt at 2:16 PM