I've looked at how the public space in downtown Seoul - especially near city hall and Gwanghwamun - has been used by protesters since the end of the nineteenth century, but it's worth noting that the government also used the same space. While this is obvious today, with the existence of plazas created (by the city government) in front of city hall, Gwanghwamun, and Cheonggyecheon, the space in front of city hall was used by the government back in the 1960s as well, as can be seen in these photos of anti-communist exhibitions from 1964 and 1965. 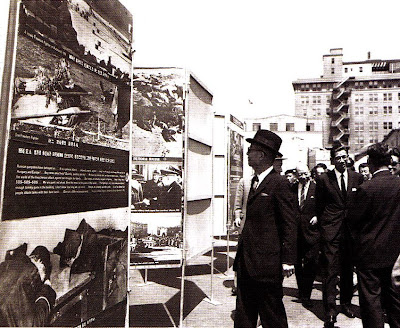 (The Bando Hotel is in the background on the right)(1964) 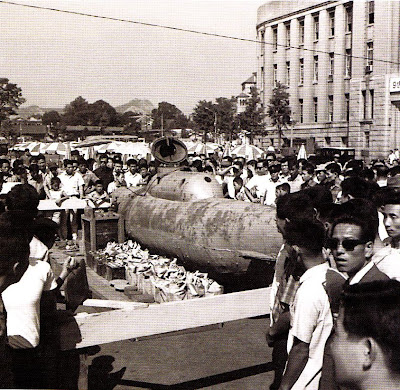 (A captured North Korean submarine) (1965)
I've never put much effort into looking for it, but I think it would be fascinating to see South Korean anti-DPRK propaganda from the 1950s to the 1980s. School textbooks would be especially interesting, as I have a recent grade 6 통일 (Reunification) textbook, and I imagine a comparison would be pretty jarring.