NoCut News has decided to do the Korean public a favour by letting it know of the evils of foreign instructors. After breaking the story of a foreign instructor who secretly videoed sex with Korean women (that full article is translated at Korea Bang, as are netizen comments, which are mostly of the 'sluts deserve it for spreading their legs for foreign guys' variety), NoCut News reported that they had prompted police to investigate and the instructor's university to fire him.


Internet awash with 'ways to seduce Korean women'
Most of the information native speaking instructors learn before entering the country encourages a distorted view of women.

With this incident CBS NoCut News has taken the opportunity to trace back the realities and distorted values of some white men who are representative of native speaking instructors. [Editor's note]

"Compared to western women, Korean women hardly ever complain." "Right, right (everyone laughs)."... "With Korean girlfriends I've met they didn't talk about where to go first. The man leads them where he wishes."

A video recently uploaded to the video site Youtube. In the video a photo of a beautiful Korean woman is posted and four foreigners who have lived in Korea share their experiences with Korean girlfriends.

By discussing the different characteristics of Korean women and western women, it focuses on sharing tips on how to seduce Korean women. 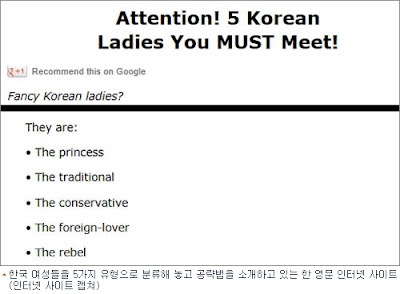 In another YouTube video tells of the method, "If you say '마음에 들어었어요' in Korean and follow them to the end, they will smile and give you their phone number." 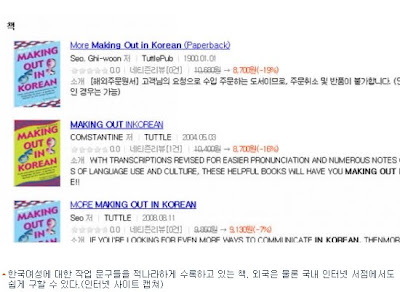 Indeed,'Making out in Korean', a book which already came out in 2004 has had revised versions published and has been a steady seller, rising to the rank of a well-known book.

The book, which can be bought at the foreign online bookseller Amazon and of course domestically at large bookstores, explains step by step how to meet, lure into bed and break up with Korean women and writes out in English phrases and Korean pronunciation. It is a book published which openly sees women as sexual objects.

The problem is that, with these foreign instructors pouring into Korea in this way, much of the information they get before coming to Korea is distorted.

In particular, information abounds which instills false stereotypes regarding Korean women such as the idea that you can make a girlfriend on your second day in the country or that in two years you can have sex with 20 women.

For this reason, the fact is that not a few incoming foreign instructors carry the stereotype that Korean women are easy.

A female Korean instructor working at an English conversation hagwon in Seoul said, "Because they can receive an E-2 visa without a teaching certificate and having only graduated from a 4 year university in an English speaking country, there are friends who come to Korea thinking they'll stay for one or two years to pay back student loans and date a Korean girlfriend."

Of course, most of the foreign teachers who come to Korea learn that what they were thinking is not the reality. However, the reality is that, if we forget this hidden camera incident and other sex crimes by some instructors who have come with distorted stereotypes, they will keep occurring.

I like the use of 'some' in 'some instructors.' One could say, as George Trumbull Ladd did in 1907 after the murder of Durham Stevens, that "Koreans [are] a bloody race," but I think what he wrote should have 'some' added to it to make it a different, more even-handed op-ed piece:


KOREANS A BLOODY RACE [SOME KOREANS ARE MURDEROUS].; Attempted Assassination of Mr. Stevens Not an Isolated Case.
The cowardly and shockingly brutal assaults upon our distinguished citizen, the Hon. Durham White Stevens, furnish an instructive object lesson for the correct estimate of the Korean character [of some Koreans] and the [some] Korean method[s] of self-government. Since his appointment under the protocol of August, 1904, as "Diplomatic Adviser to the Department of Foreign Affairs," this American gentleman has served the Government of Korea faithfully, wisely, and honestly.

There we go - all better! Nothing offensive there with 'some' in the right place.

As for the first Youtube video that is mentioned, I heard nothing in it about 'seducing' Korean women. It was more about tips to keep things going smoothly (after things had begun).

As for Making Out in Korean - this again? Anti English Spectrum moaned about it on their second day of existence (first result here), but the reporter fails to mention that its a series involving several other languages, or that a whole ten pages out of 100 or so is devoted to 'seduction,' as can be seen at Google Books (swearing is also taught). Not that this is the first reporter to do this - SBS's famous character assassination report on foreign instructors from 2005 also looked at Making Out in Korean: 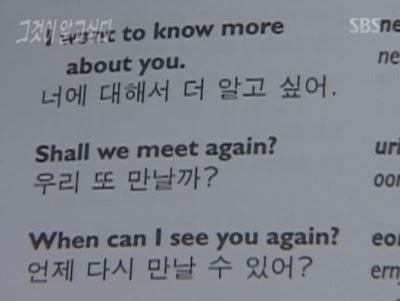 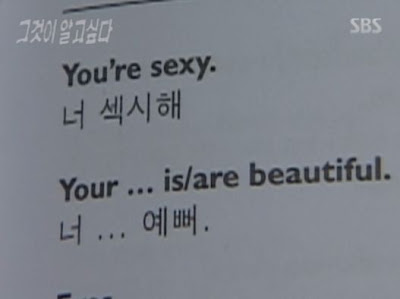 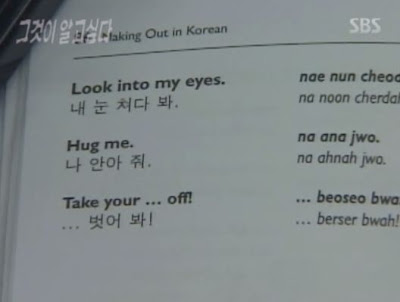 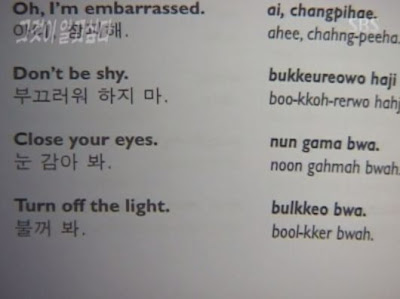 Of course, if you ignore the editions for other countries, then it helps make Korea appear to be a unique victim of lecherous white men. To make this clearer, the 'related articles' section has links to the other articles about the hidden camera case, and two others. One is about Chris Golightly, a white, American male who competed on Superstar K3 and allegedly slept with fans, and the other is this gem from 2007 (translated at Korea Beat). Here's the title and relevant section:


For foreign English instructors, Korea is a 'depraved paradise'
They smoke marijuana and teach class while high, 2 or 3 live-in girlfriends [caught] as well
[...]
▲ Korea is "a land of opportunity" and a "depraved paradise"

A source at the foreign affairs division of the Seoul Police Department said, "American and Canadian English instructors think Korea is a 'land of opportunity.'" They become hagwon instructors not only because there is no country which has much desire to learn English as Korea but because they believe they can make up to 1,000,000 won per month through illegal private lessons.

The source also said, "the majority of them find it easy to seduce Korean women who want to learn English and do drugs with them."

Foreign English instructors see Korea not only as a 'land of opportunity' but also as a 'depraved paradise.'

Golly, I don't know why I've been translating the entire English Spectrum series - that was seven years ago and has nothing to do with how things are today, right? I think we need to make the final paragraph of the first NoCut News article a bit clearer:


However, the reality is that, if we [Korean women] forget this hidden camera incident and other sex crimes by some instructors who have come with distorted stereotypes [and keep sleeping with these western men, not understanding their true nature], they will keep occurring.

Nice to see MBC and NoCut News are fighting the good fight.

Oh, and NoCut News has another article out today, this time on drugs and foreign teachers. I'll try to get a translation up tomorrow...
Posted by matt at 3:05 PM

Sounds like they need to be the next target of a complaint with the Korean Communications Standards Commission.