Foreign instructor to MBC: "In two years I slept with 20 Korean women."

I'm actually jumping ahead a bit, but the reason for this will be pretty obvious (and I'll put everything into the correct order in the list above later).

On January 30, 2005, My Daily published the following article:

Foreign instructor: "In two years I slept with 20 Korean women." 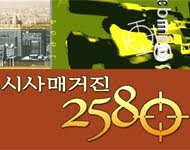 On the 30th, the MBC investigative current affairs program "Sisa Magazine 2580 - Korea is a paradise" was broadcast, and the realities of unqualified foreign instructors it shone a light on were shocking in and of themselves.

The show revealed that native speaking foreigners with no qualifications, such as drug addicts and those with faked academic backgrounds, illegally teach as hagwon instructors or private tutors, and earn large amounts of money for fraudulent English instruction, all for the sole reason of being able to speak English. Even worse, it exposed their immorality in that they considered married female students as possible sex partners.

Not only do unqualified foreign instructors who don't know how to spell harm the English education of their students with their fraudulent teaching, but their disordered personal lives with Korean women are creating a not inconsiderable social problem. For this reason, these teachers think of Korea as a 'paradise' and as an 'easy mark.' This is because, through illegal English classes, expensive fees, a place to live, and even plane tickets are taken care of.

What allows these unqualified instructors to teach illegal classes is the lax supervision and even the provision of fake diplomas by 'brokers,' and the condoning of this by hagwons who act as reliable sponsors.

The problem of unqualified English instructors, who recently set off the scandal over the denigration of Korean women by a foreign instructor site, is not an issue that is to be left alone any longer.

It's nice to see that the program focused on how foreign instructors' "disordered personal lives with Korean women are creating a not inconsiderable social problem." Who could imagine MBC doing such a thing? I haven't seen this show (it is available at MBC if you are a member of their site), but here are the responses of foreign teachers at Dave's ESL Cafe who saw the report:

Watched on channel 11 MBC the 16 minute news scoop tonight that aired at 9:46 pm. It started with footage and undercover 'investigations' on Hongdae, in the middle they were talking about some 'illegal, child molesting, law breaking' esl teachers, they interviewed some 'do-good' foreign teachers, one who announced 'it is my moral obligation to report any law breaking foreigner' or words to that effect, and the end of the report was wrapped up by more footage outside nightclubs.

it did make some good points about illegal teachers and how they need to get the system cleaned up.

Couldn't help themselves showing these pictures of Hongdae though.

The poor ol Canadians got an absolute roasting, and made out to be some shocking teachers.

-----
How about the guy whose name appeared on the immigration application form. Pretty sure that was illegal(to show his name and DOB) and that job site(on the the program) is sure to be getting plenty of hits for a while. [...]

Also, according to their recruiter source the demand calls for 30,000 teachers a year, which they claim is an impossible number to acquire legally(qualified teachers). So, they HAVE to bring in illegals to reach the quota. [...]

Did anyone notice that according to the news source recruiters get a mil for male foreigners and 1.2-1.5 for females. [...]

-----
My husband and I watched the show...he translated the Korean part of it for me. After it was over he said that the show also pointed out the fact that Korean people place too much emphasis on English education.[...] I did notice "Canadian" mentioned quite often.[...] After that guy said he only had sex with one woman two times because she felt guilty because she was married.

My Daily would publish another article (more of an editorial, and more of what we see above) the next day, but I'll save that for later. What should be noted is that MBC was not the first broadcaster to report on the English Spectrum incident. I recently discovered that on January 17, 2005, KBS Morning Newstime (an 8am broadcast) reported on the incident in a reasonably balanced way, looking at the way the women were victimized, and interviewing them and the bar owner. KBS incensed the members of Anti-English Spectrum by not interviewing them and making them look a bit like the bad guys. The balance in the KBS report may be due to the lack of AES's involvement its making; they did submit material for both the MBC report and the later SBS program, and both portrayed foreign instructors in an extremely negative manner. I'll look more closely at it later, but here is the aforementioned KBS report (it only seems to work for me in IE).

Not that anyone should go thinking KBS is some paragon of balanced reporting, mind you. The eventual SBS report in 2005 was pretty horrific (it's mentioned here) and had a huge impact. And criticism of MBC's reporting predates the strike there by... a lot. While on the one hand, things are improving, and AES seems to have been neutered by the apparent 'retirement' of its former leader, perhaps the fact that MBC's most recent offering was made without any help from AES should raise eyebrows.
Posted by matt at 2:58 PM