In order to prevent the 'humiliating diplomacy' of holding a conference to open diplomatic ties with Japan (20 years after Japan's occupation ended), students protested against the conference in 1964. Unless otherwise mentioned, the photos are from Seoul Through Pictures 4: Seoul, to Rise Again (1961-1970).

Students at SNU called for protests, burned effigies of 'imperialist and nationalist traitors,' and held a protest against the upcoming Korea-Japanese conference on Jongno on March 24, 1964. 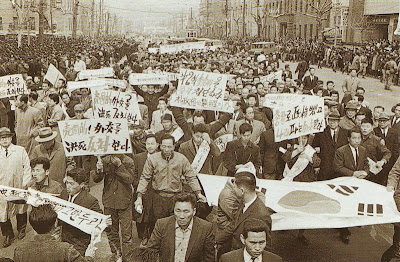 On March 28, another protest against the conference was held at City Hall (or more likely, in front of the National Assembly, just out of the frame on the left. 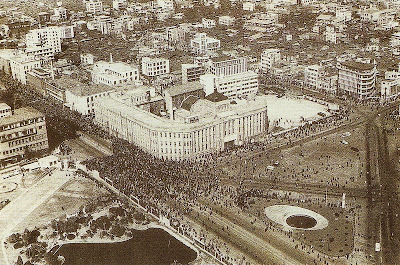 On May 20, a 'funeral for nationalistic democracy' was held at the College of Liberal Arts and Sciences at SNU. 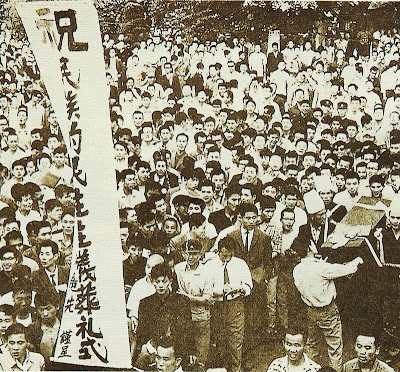 The apex of the protests came on June 3 when 15,000 protesters gathered at Gwanghwamun to call for the resignation of the government (and Park Chung-hee). The photo below would have been taken from the old Government General building. What is now the U.S. Embassy (then the USAID building) is visible in the background). 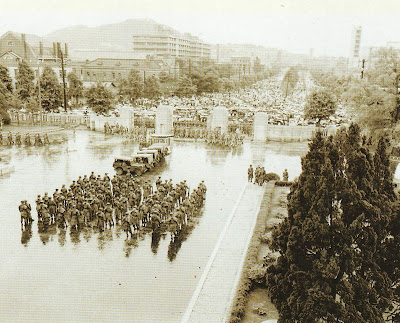 At 8:00 pm on June 3, Park Chung-hee's government declared martial law, banning gatherings and protests, closing all the schools in Seoul, and censoring all broadcasting and publications. The front page of the Donga Ilbo can be seen here, with clearly whited out and censored pages here. 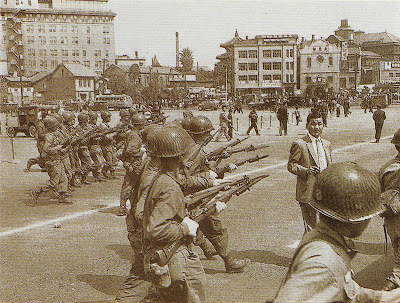 The photo above was obviously taken between City Hall and Deoksugung. In the background the Bando Hotel (left) and (I think?) the original Chosun Hotel can be seen. I'd thought that troops were used against protesters only in 1979 (in Busan and Masan) and Kwangju in 1980, but I was clearly wrong. 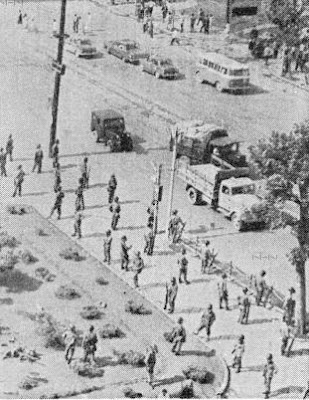 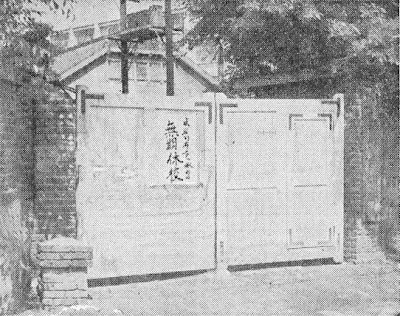 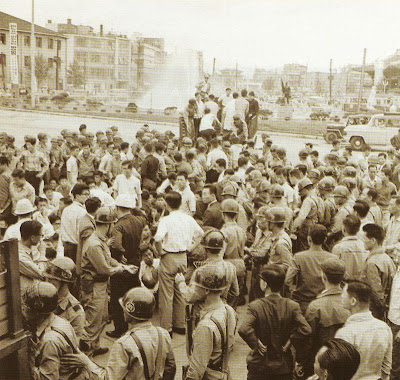 Protesters taken away in trucks.

The head of Korea University's student council, Lee Myung-bak (below, center), was among those arrested and given a prison term (he served three months). 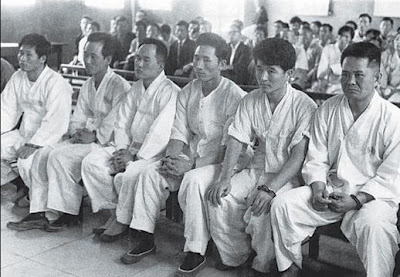 I learned about this protest by reading this article written by James Wade: 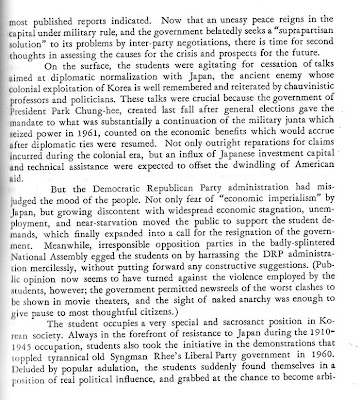 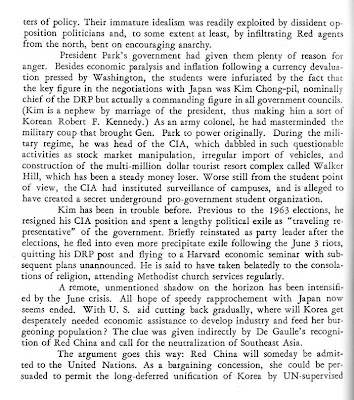 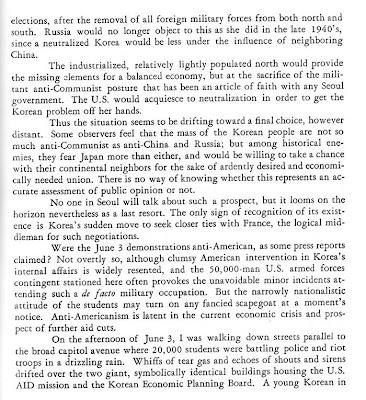 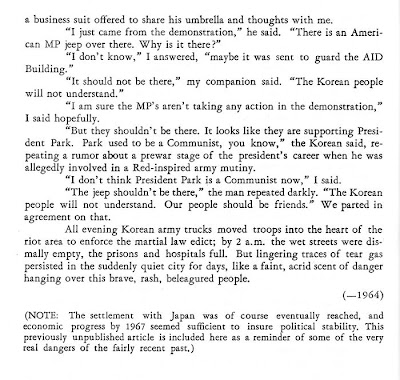 His reference to Japan – in 1964 – as "the ancient enemy whose colonial exploitation of Korea is well remembered and reiterated by chauvinistic professors and politicians" is certainly interesting, as are his comments on anti-Americanism. It's long been held that anti-Americanism began with the Kwangju Uprising, and while that's true as far as it spreading from campuses to the public commenter USinKorea has argued before that it was already present before 1980. Comments by Wade such as the following certainly support this idea: "[C]lumsy American intervention in Korea’s internal affairs is widely resented [. T]he narrowly nationalistic attitude of the students may turn on any fancied scapegoat at a moment’s notice. Anti-Americanism is latent in the current economic crisis and prospect of further aid cuts."

While the truly violent anti-American protests were in the 1980s, two widespread bouts of it in early and late 2002 helped reshape protest culture and nationalism in Korea, which were then harnessed in 2008 to try to throw the former jailed student leader of "narrowly nationalistic" students out of the Blue House. Funny how history plays out.
Posted by matt at 9:17 AM

Interesting photo of 2MB, are the others also members of the KU's student council? I wonder what each of the men pictured alongside the president are doing today.