In the valley of Misan-ri

Last weekend I headed to Misan-ri in Gangwon-do, through which flows the Naerincheon stream. I'm usually able to read in cars, but that final road along the stream was a bit too windy for any of that. While the leaves were just a little bit past their peak last weekend in Seoul, in the higher elevations of Gangwon-do the only colours left were those evergreen trees which change colour and drop their needles (though I'm not sure what they are exactly; in the photo below the needles appear similar to spruce). 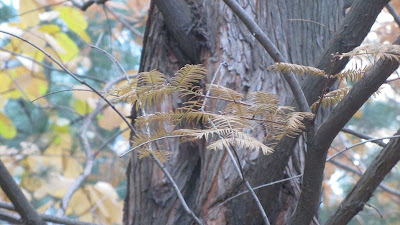 At any rate, they were colourful enough. 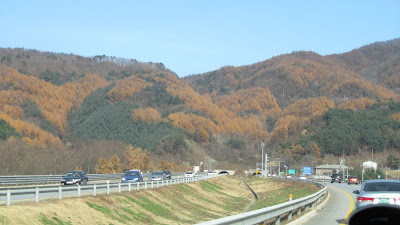 The Naerincheon Stream is set in a deep valley, and in the summer you can raft down it. 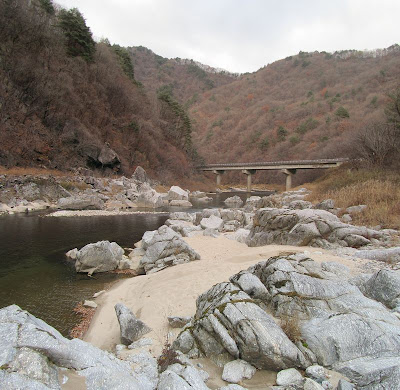 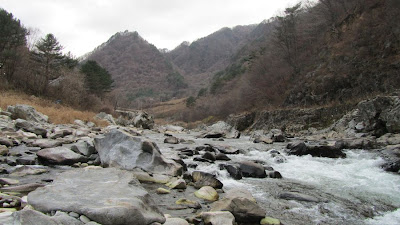 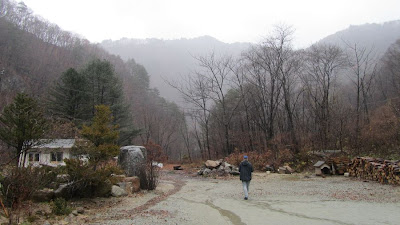 It took about an hour and a half to reach the pension from the two or three year old Seoul - Chuncheon Expressway (#60), which is quite impressive for just how much of it is made up of tunnels (it's eventually supposed to run all the way to Yangyang). It still took 6 hours get back to Seoul, however; here's the view of cars backed up at the Gapyeong rest stop. 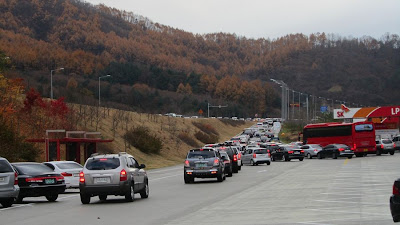 It's always nice to get out of Seoul, but returning is often a trial...
Posted by matt at 9:41 AM

Agreed. It's always the getting back part that keeps people in Seoul.