'Bitter distortions' regarding Hongdae in 2006 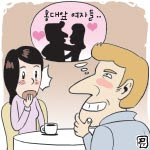 Rumors about Hongdae by Foreigners? 'Street of pleasures' - a bitter distortion

Kim Myung-hee (23), who is studying in New York, recently had an absurd experience at a "Tea Party" (a gathering with tea and snacks from different countries).

The aim of the party was for the students from various countries to improve their English skills and share information.

The foreign students had a variety of conversations with the locals.

On that day, Ms. Kim and other Korean students were approached by local men who asked them "Are you Korean?"

At first they talked about topics like the 2002 World Cup and Samsung phones. However, the local men were in fact interested in "Hongdae," and knew more about the place than the Korean university students.

However, the idea of Hongdae that had come to roost in their heads was not the space where youth live and breathe culture and art.

It had been distorted into a place where you could pay a cover charge and spend the night with the girl of your choice.

Ms. Kim was shocked by a conversation with Eliot (33), who worked for a bank, who said, "In 2005, I went to Korea to visit a friend working as an English teacher. For 10 dollars to get into a club, I could enjoy a night with beautiful women."

Moreover, he added that, "Once you say you're from an English speaking country, everything is immediately settled. Once, young women even argued over who would date me."

Andrew (29), a graduate student, said, "When I was backpacking in Europe, I heard a lot about Hongdae in Korea. I heard you could easily approach the first girls you saw. It's a place I want to visit once."

Ju In-gyeong, a student who attended the tea party that day, said, "At first I was angry and perplexed, but it may not be completely untrue. All things considered, I feel really bitter."

It's understandable, that bitterness. If only they had continued talking about the "2002 World Cup and Samsung phones" - I know that's what my conversations usually revolve around. I'm sure she would have been much happier hearing about how Korean women are "wise mothers and good wives." Seriously though, would it have been better to have been told that these foreign men had heard Korean women didn't talk to foreigners at all, or to have been ignored by the men, or have something like this happen?

As for Hongdae being the "space where youth live and breathe culture and art," that's not how it was being described less than a year earlier after members of a punk band dropped their pants on live TV and Seoul mayor Lee Myung-bak railed against the decadence of Hongdae club performances and called for a blacklist of bands (shades of Park Chung-hee's actions when he destroyed the rock music scene in 1975). Also, one wonders what the motels there have to do with 'culture and art.'

A companion piece to this article would be an August 2005 Herald Gyeongje article titled "[Hongdae, haven of desire] Crowded with foreigners, the temptation of 'one night stands'" translated at the Marmot's Hole here, which stated that "Hongdae is now an area hot with youthful passion that has degenerated from being mixed up with foreigners."

Needless to say, both reports were written in the shadows of the English Spectrum incident, in which photos of a 'sexy costume party' in a Hongdae bar posted by English teachers on the internet led to negative attitudes towards both foreign teachers and Hongdae. I'm sure the way in which perceptions of Hongdae have changed over the last two decades would make for a fascinating paper, though the negative view of the foreigners there (in the press) has no room for the contributions made by these same foreigners to the scene there.* Not that that would surprise anyone.

*This is briefly mentioned here and in more depth here.

[Another set of reports worth mentioning is YTN's February 2007 reports on the "Scandalous behavior of foreigners on weekend nights in Hongdae... police just watch," as the title of the first puts it. It was translated at the Marmot's Hole, and ends with this paragraph:

Amidst the thoughtless behavior of some foreigners and the failure of the authorities to maintain order, the area around Hongik University, limelighted as a street of romance and youth, is becoming a lawless zone.

God help us, each and every one. Worth noting is that AES has taken credit for contributing to this report. I'm sure they were disappointed the focus turned to GIs instead of English teachers, but since the targets were white males, I imagine they weren't that disappointed. At any rate, a few days later, USFK banned its soldiers from the area, and YTN followed up with a report which interviewed a police officer, who said, "Since the ban, the area in front of Hongik University has maintained a state of very serene public order."]
Posted by matt at 2:22 PM

...and in our other news story, pot calls kettle black.

Why go all the way to Hongdae? Just cross the street from Yongsan station to find working girls standing in windows.