The landscapes of Danyang

The other day I posted about the caves I visited in Danyang. I thought I'd follow up by posting about the rest of the trip.

Above is a view of the town itself. The water wasn't high enough to take the boat to Chungju, but perhaps later in the summer it will be. The bus station where I arrived at is along the water front at the far right. The photo above was taken from this bridge: 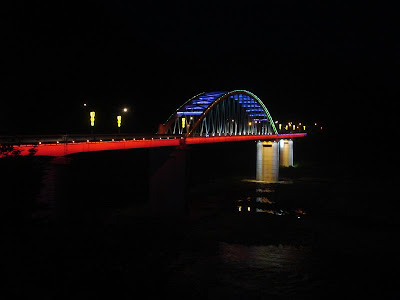 At the far end of the bridge is the tourist office and just beyond that, Gosu Cave. There's lots of good restaurants along the street in town that continues across the bridge. Danyang is known for its garlic, so garlic galbi and other such dishes are to be found there. I randomly chose Doljib Sikdang, as the maneul ssam jeongsik sounded interesting. 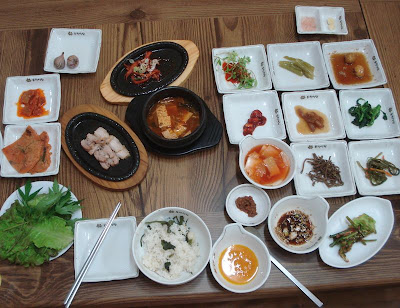 It was amazing, actually. Bossam, make-your-own bibimbap, loads of side dishes, etc. These little roast garlic cloves were tasty, and none of the garlic was particularly strong tasting. 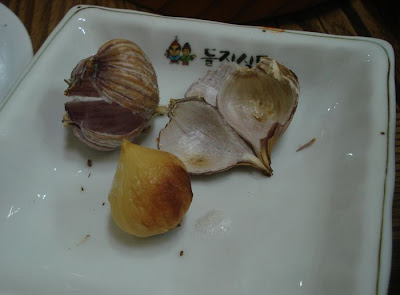 As it turned out, I'd chosen wisely. The restaurant is well known, and another customer told me he'd driven with his family for an hour from Gangwon-do just to eat there.

The next day I headed across the bridge to the cave. 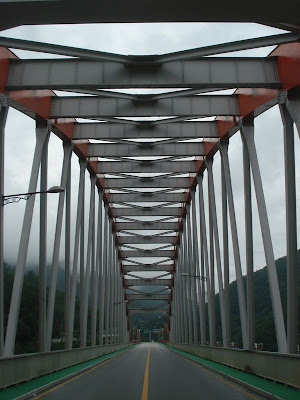 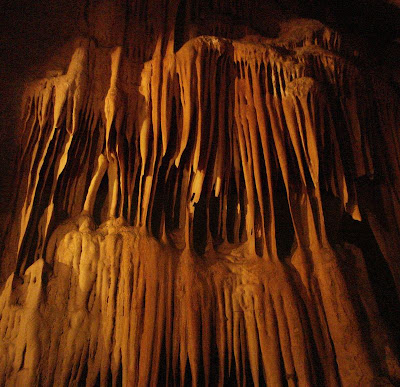 Typically, the restaurants in front of Gosu cave, which is a popular tourist spot, all served the exact same food, so after visiting Cheondong cave, I headed back into town to eat. One thing worth noting is that if you see a bus stop on only one side of the road, it means you can catch a bus going in the other direction there as well (simply wait on the other side of the road). In town you can generally just say the name of the place you want to go and the bus driver will either welcome you aboard or tell you to wait across the street for one going in the other direction.

At any rate, I ate lunch at the Danyang Jeontong Sundubu, which had the best dotori-muk I'd ever tasted. Too bad I didn't stay in town longer; I would have loved to have ordered a full dish of it. 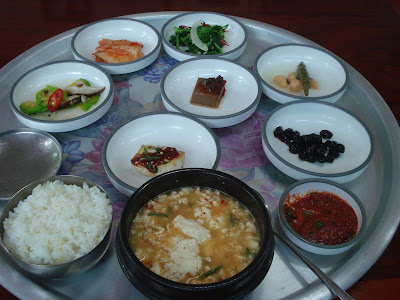 A short bus ride to the north of town is the Doddam Sambong, or three peaks, which have been written about since the Joseon dynasty, lauded by Toegye Yi Hwang and painted Kim Hong-do. 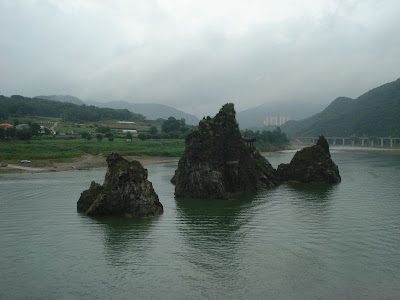 With crowds milling about, speedboats zipping around, and music from the speedboat 'terminal' blaring, it wasn't exactly peaceful. Seongmun, or 'stone gate,' supposedly the largest stone arch in Asia, was worth short but steep hike up the adjacent hill. 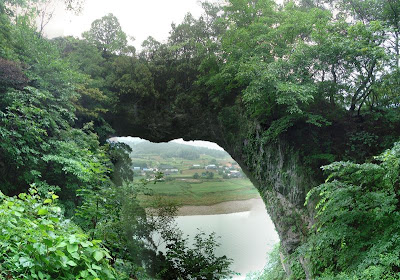 Those previous two sites are part of the Danyang Palgyeong, or 'eight views of Danyang.' Five of them are reachable by bus, but three others are for those who have their own wheels. Two can be seen by taking a half hour bus ride to Janghoe ferry where you can take an hour-long cruise along Chungju Lake (made by damming up the Namhangang in the 80s). (It's also possible to go all the way to Chungju sometimes - it's best to check with the tourist office.) Due to the spectacular scenery, it's well worth the trip (even if the boats threaten to become floating noraebangs). It's also nice to be on a boat again, especially considering I grew up on a lake. 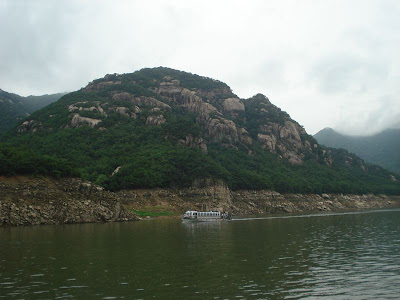 Here's Oksunbong, one of the eight views, which Toegye Yi Hwang (he of the 1000 won bill) described as the gate of Danyang when he was a magistrate there: 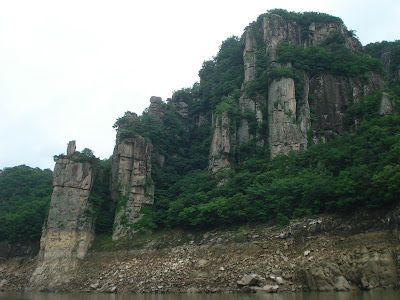 Gudambong is said to look like a turtle's shell when reflected in the water: 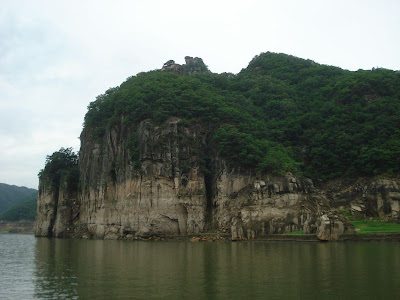 I didn't get to see any of the other eight views, but a man I chatted with on the boat (who was working for KBS installing digital TV transmitters on the tops of mountains, and who was nice enough to give me a ride back to Danyang) just sent me this photo of Sainam (it should be clear he had a much nicer camera than mine). 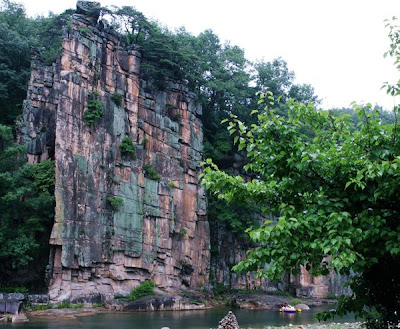 He also visited Dodam Sambong at a time which was much more conducive to taking photos: 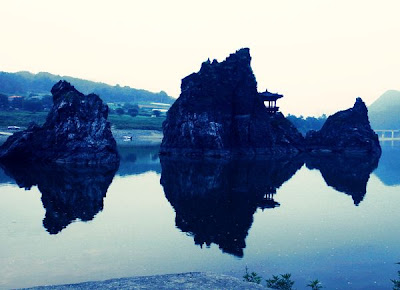 Danyang is well worth visiting if you get the chance, both for its natural beauty and the food. There are lots of motels along the waterfront in town, and buses run hourly on the hour from Dong Seoul Bus Terminal (near Gangbyeong station on line 2).
Posted by matt at 10:26 AM

wow, i've done this exact same day trip! it's really peaceful out there...

That's a really nice shot, that last one. Nice capture of the reflections.

A fun place to go - I wrote about this destination not too long ago (http://chrisinsouthkorea.blogspot.com/2010/06/destination-danyang.html). I just wish the buses came a bit more often (and it were clearer which way was the way you were trying to go).