A bad start to the (lunar) year


Via the Marmot, I found out that Namdaemun had caught fire; by 2 am the tower pavilion had collapsed. The photos below are from here. 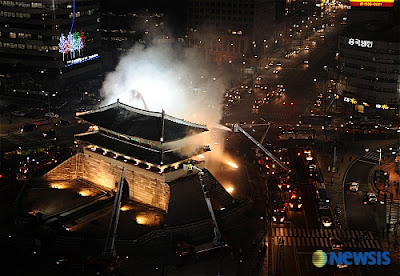 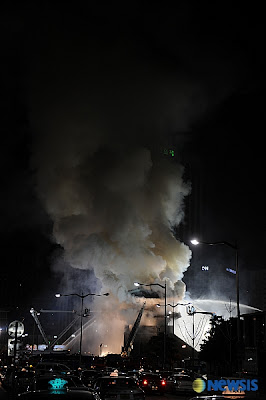 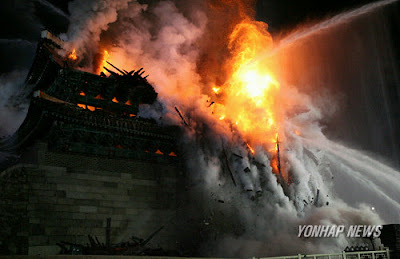 More photos can be found on flickr by someone who was there. According to Wikipedia, Namdaemun was last repaired in 1962, due to damage it sustained during the Korean War: 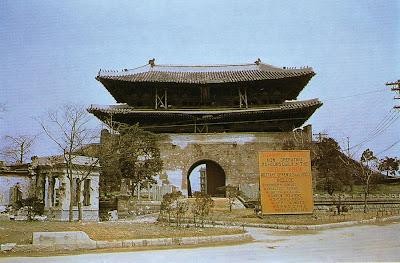 The damage to Namdaemun paled in comparison to Gwanghwamun, of course: 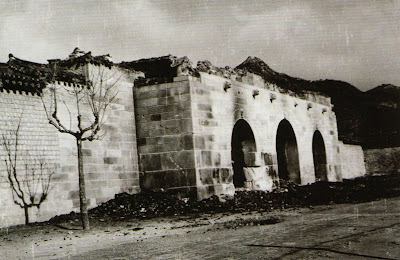 It's sad to see it destroyed, but unlike most landmarks that fall under the wrecking ball in Seoul, we all know that it will be rebuilt (much as Gwanghwamun is being now). And who's to say it hasn't been replaced before (especially after the Imjin War or Manchu invasions)? If Seoul City couldn't get the amount of time the passageway beneath the gate had been closed for (see here, here, and here for more on this and lots of old photos of Namdaemun), then I'm not sure I'm so willing to believe that it has existed basically unaltered for 610 years.

At any rate, seeing as Gwangbok Palace has been undergoing a restoration for years now, and Gwanghwamun is being rebuilt, it's obvious that the skills and knowledge exist to rebuild Namdaemun. One question that remains for me: to what degree is Namdaemun a national icon? Does it mean much to people living in the provinces? Whatever the answer is, I'm sure it will be the topic of several conversations tomorrow.

[Update:] I'd posted this above, but now realize it's not Namdaemun. I'm not sure where it was taken. 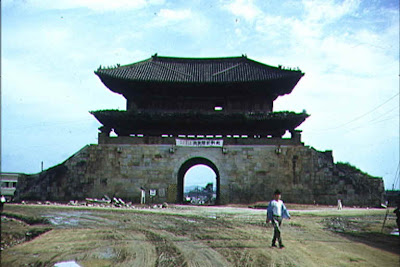