Partner-swapping meth-heads and Canadian pothead with 4 plants caught; Guess who gets more coverage?


A 47-year-old Canadian was caught growing cannabis in his residence and habitually smoking it, South Korean police said Monday. [...]

The man allegedly set up facilities like a ventilator, electronic heater and reflecting plate on the balcony to grow the weed for years.

He reportedly lost his job as a university lecturer as allegations about him smoking cannabis surfaced at his workplace.

The Busan Police Agency booked a total of 42 people on charges of possessing or taking illegal drugs in violation of the act on the control of narcotics. Among them, 15 were booked and 27 were taken into custody. 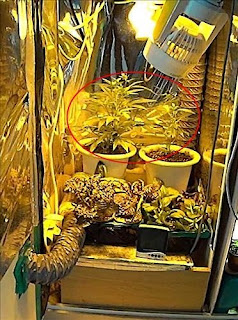 While they don't make it very clear, the amount of pot seized was, at most, 7.59 grams from, at most, 4 plants - hardly a huge haul. It certainly doesn't compare to the money to be earned from the 59 grams of meth seized. 11 out of 25 of the articles mention the foreign professor in the headlines, but  the 41 other people barely register, and only 7 articles mention this fact in their headline, as KNN does. 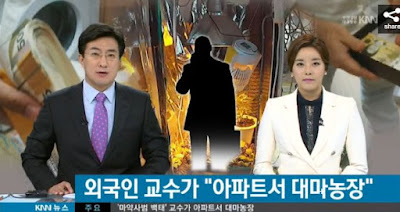 A foreign university professor who even set up a marijuana farm in his apartment and smoked it was caught by police..

Sexually promiscuous acts were committed while high by astounding drug users who were also arrested.

I had to twist that last sentence a little to capture the way that the Korean sentence "환각상태에서 성적으로 문란한 짓까지 저지른 기막힌 마약사범들도 체포됐습니다" gives sordid details before revealing it is referring to someone else (as in, not the teacher); this blurring also occurs later in the report.

As for the swapping couple and their sexually promiscuous acts, No Cut News fills in the details:

Among [those arrested for meth], it was revealed that Mr. Kim (55) and Mrs. Lee (43), who are in a common law marriage, would engage in swapping with other men and women while high on meth.

Police said that they confessed that when they were swapping, in order to forget their shame and increase their sexual pleasure, they took meth with men and women [or perhaps, a man and a woman] they met through a chatting app and swapped several times.

Really though, choosing to highlight the foreign teacher with his four pot plants over the above story? Korean media, you just.... you disappoint me.

Oh wait - no you don't, since MBN managed to turn out something I haven't seen in awhile: 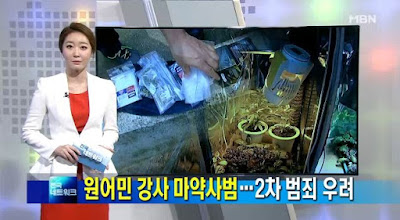 Anchor:
A Canadian who grew marijuana on his apartment balcony and even smoked marijuana was arrested. When he was caught it was discovered he had been a native-speaking professor at a university; drug crimes by native speaking instructors placed in educational facilities are never ending.
This is reporter Park Sang-ho.

Reporter:
Police storm into an apartment where a native speaking professor lives.

Upon going to the veranda, they discovered a greenhouse had been set up, with even a heater, reflectors, and a ventilator.

The man, a Canadian national, secretly bought marijuana seeds from Thailand in 2010 and grew them himself and for years made and smoked marijuana.

Interview: Kim Chang-rip, head of the Busan Police Drug Investigation Unit -
"I understand that if the conditions are right within three months of growing the the leaves can be picked, dried and smoked."

Two years ago a kindergarten foreign instructor was caught in Yongin when he smoked marijuana and taught class while high.

In the last three years 1000 or more foreign drug criminals have been caught by police and [the number] is steadily increasing every year.

Drug enforcement by customs also [found that] 20% of the total [caught] is smuggling by foreigners.

As the popularity of native speaking instructors accompanying [Korea's] English fever rises. their crimes tend to rise as well.

In fact, in 2014 it came out that one in five drug smugglers were native speaking instructors.

Much concern is being voiced that there may be so-called secondary crimes due to students learning English from native speaking instructors being exposed to drugs.

Yes, because people who pay inflated prices for pot are going to share it with their students, the same way Korean teachers hand out their imported scotch to students under their care. Ridiculous, as always.

If we look at Immigration statistics from December 2015 (download #3), we see that the number of E-2 visa holders has dropped to 16,144, down from the all-time high of 24,107 in February 2011 (when incoming and outgoing public school teachers overlapped), suggesting rather strongly that the "popularity of native speaking instructors" is not rising at all.

You do have to love the images in the report, however; scaremongering at its best! 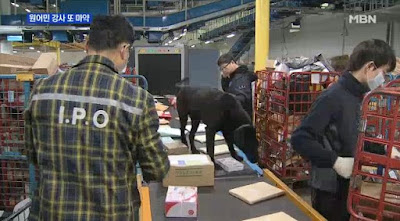 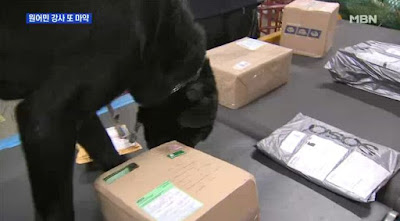 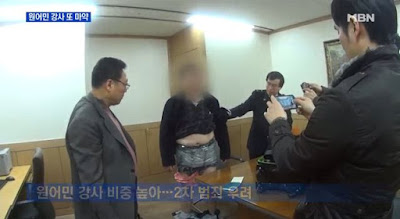 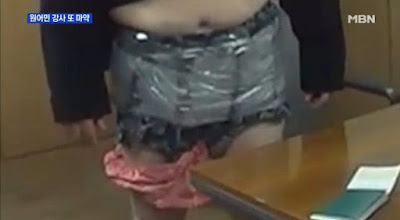 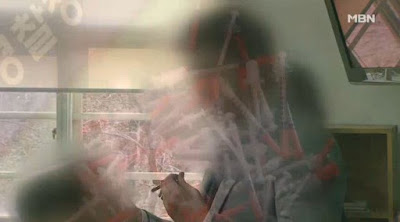 "My teacher is blurry and made of syringes!" 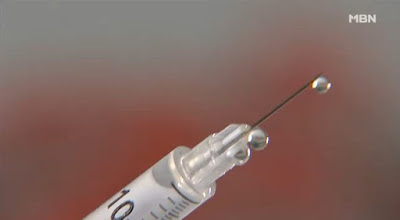 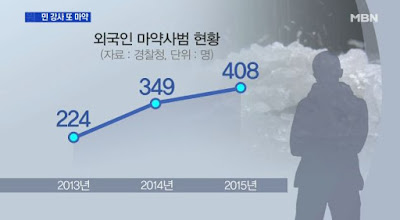 The above image purports to show the increase in foreign drug criminals. The problem is, they don't relate at all to the Supreme Prosecutor's Office's statistics, which are higher. I've posted about Supreme Prosecutor's Office reports on annual drug arrests in the past, such as in 2011, 2012 and 2013. The Office publishes statistics monthly here; the year end report for 2013 is here, for 2014, here, and for 2015, here. 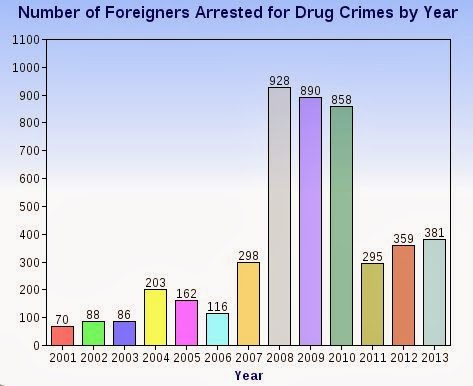 Here is a breakdown of arrests by nationality for 2015:

While we're on the topic of these busts in Busan, there was another pot bust there reported on January 19 which involved smuggling pot inside "popular foreign chocolate" by mailing it from New York, where a Korean guy in his mid 20s had bought 20 grams for $200 from a Mexican and mailed a gram each sealed inside the chocolate, selling 10 of them for 100,000 won a piece before being busted. 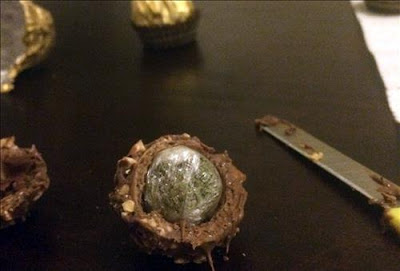 Perhaps the dog found them.
Posted by matt at 8:09 PM

Wiki reports about 780000 Chinese in SK. Given the figures Chinese and US citizens commit about the same propotion of drug crimes. About 0.04%.

With the 'unfairness' sentiments aside..shouldn't we recognize that this guy was a friggin 'professor'? A highly respected occupatiom with some moral dignity often attached in korea?

this is all in-depth analysis. respect for that. yes, it's unfair and biased. go figure. but this stuff isn't exactly new for most any country (including the u.s.) in terms of its depictions of "non-native" "immigrants/migrants/ex-pats." just be happy that the majority of (white) westerns have the luxury of having this "negative" bias countered (however "biased") with glorious images (ubiquitous advertisements, hollywood movies, etc.) and ideas ("native"--read white--people are true english language speakers, gendered "desirability" preference of white men n comparison to other non-korean foreigners, etc.). (white) western self-righteousness in korea is still a thing, even in 2016? sigh.

Byung Hun Yoo:
He certainly got more attention due to his position as a professor, but he was also an English teacher, and had he been a "mere" hagwon employee (nowhere near as respectable; for example, it's a position no SKY graduate would feel to be acceptable), the headlines and focus would have been the same.

Yeah, self-righteousness is a terrible thing, isn't it?

It's worth mentioning that, because of the exact attitude of your posting - one with which the Korean media concurs - that it's acceptable to portray white foreigners negatively due to their position of privilege, drug testing was implemented for around 20,000 foreign language instructors. All fine and good, perhaps, until this testing regime was expanded to several hundred thousand migrant workers, revealing that the the instructors were the acceptable, white tip of a decidedly non-white wedge.