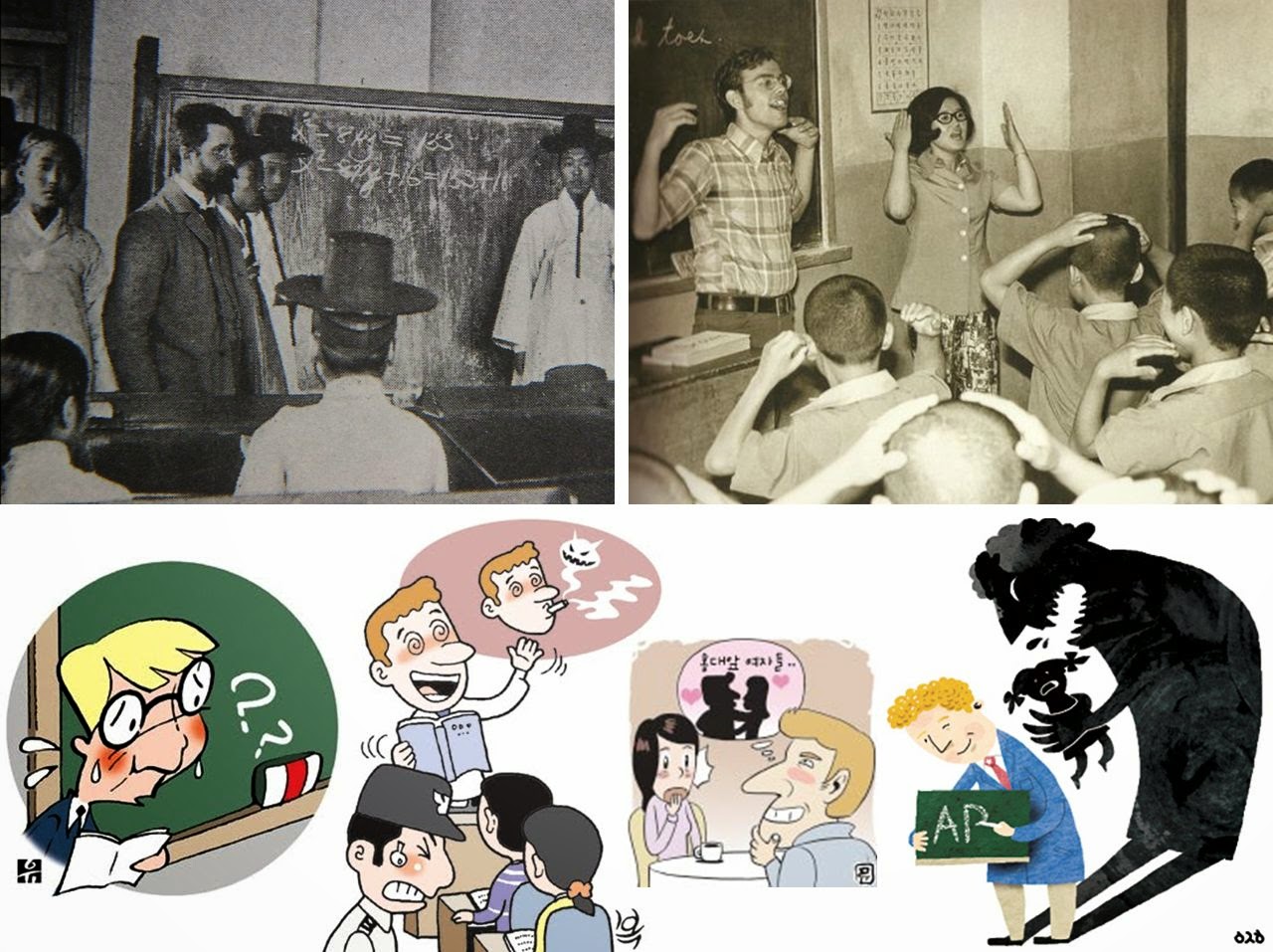 This Saturday, October 25, at 4pm, I will be giving a presentation titled ‘From Explorers and Missionaries to Vagabonds and Potential Criminals: Two Hundred Years of Teaching English in Korea’ for the 10 Magazine Book Club at the Seoul Global Cultural Center in Myeong-dong. The hour-long presentation will be followed by a question and answer period. Admission is 5,000 won, but is free for Members of RAS-KB and KOTESOL as well as SMOE teachers. For more information see the event page on Facebook, which also includes a map.

In the presentation I'll look at the first encounters with English explorers, early attempts by the Korean government to hire English teachers in the 1880s, missionary schools, experiences of WWII Australian and British POWs held in Seoul, post Korean-war attempts by the Korean government to establish an English teaching program, the Peace Corps experience teaching English, the language boom of the 1980s and the early days of hagwon English teachers, and the expansion of this in the 1990s and 2000s, as well as the reactions against this (in 1984 and 2005) and the reasons why English teachers quickly became negatively portrayed in the media and by politicians. The cast of characters will include future independence fighters and presidents, journalists, soldiers, smugglers, a former US state senator and many others. Feel free to join us!
Posted by matt at 10:14 PM

This really sounds interesting! I wish I was in Korea to see it.

I'm terribly sorry it's totally off-topic.
Wikipedia and the explanation plate in the Bulguksa Temple say the temple was destroyed (by Japanese army) during the Imjin war. Even UNESCO says so. But I can't find the primary source that proves it. Usually, Wikipedia adds the sources or citation of its descriptions down below the page. But none of them can be found.
If you know the name of the historical document that describes Japanese destroyed Bulgkusa Temple, could you tell me please?
Sorry for my poor English.