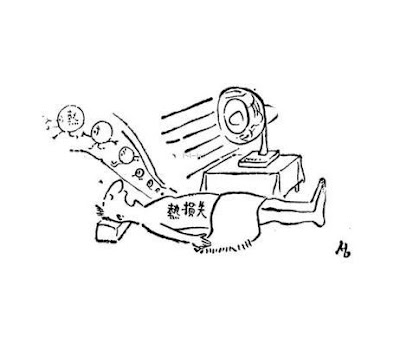 SEOUL — Ten persons in Seoul and Uijongbu were killed by carbon monoxide gas Wednesday and Thursday and 14 others were hospitalized in serious condition, police in the capital said.

Some 60 persons were treated for carbon monoxide gas poisoning in hospitals in Seoul over the same period, police reported. Among the latest victims, bringing to 24 the total of persons killed by the gas from Korean hot-floor heating systems, was a family of three which died in its sleep Wednesday night in a home in western Seoul. Two of the fatalities were reported in Uijongbu, north of Seoul, police said.

Police said some of the latest deaths in Seoul have resulted from improper ventilation of rooms or faulty maintenance in structures using the hot floor heating system.

A more detailed contemporary look at the dangers of yontan poisoning can be found in the February 1968 issue of the Peace Corps newsletter Yobosayo (page 5 and 7 - note also the hat tip they give to James Wade on page 5), which makes clear that at least two sources of ventilation were needed.

Thinking about this (after coming across several accounts of such deaths), I wondered if the need to keep windows open in the winter had an influence on the belief that ventilation was needed in the summer when running a fan all night. I really haven't a clue if there's a connection, but out of interest, I managed to find an August 12, 1969 article about fan death here, titled "Leaving the fan running?" It notes that you can lose your life if the constant heat loss is severe enough, and that you can also have difficulty breathing (and it's the source of the illustration at the top of this post). Perhaps there are earlier articles than this, but it's the earliest I've come across so far.
Posted by matt at 8:49 AM

But why is every window always open at my school? There aren't any heated floors there.

I'm always closing windows. I love how it gets cold and everyone complains about how cold it is (the heat isn't on yet) and still the hallway windows are all open. From what I can tell, my co-teachers have thought that dust collects in the rooms and that the air in the rooms should be cleared out, meaning the windows should be opened. To some degree I see their point - at least for houses in Korea. Back home carpets would absorb a lot of dust, unlike the linoleum floors of many Korean houses, but my schools were certainly never aired out very often during cold weather in Canada the way they are here.

What always got me were the co-teachers (at a previous hagwon) who would turn on the air conditioner and leave the window open. In the most memorable case, the window was right next to the AC unit, and on the other side of the wall, below the window, was the heat exchanging fan - talk about defeating the purpose!